The purpose of this project was to compose brief biographies on some of the early members of the faculty at Farmingdale State College back when it was known as the New York State School of Agriculture at Farmingdale, Long Island. These biographies were created using details from public records and, whenever possible, communication with family members. The teachings of these individuals set a solid foundation for what our campus has become through its more than 100 year history. It is through the memories of their living descendants and family members that we, in turn, remember these departed souls.

Harry Freeman Button, often referred to as H.F. Button in college publications, was born in August 17, 1879 near Canastota, New York. He was the only son and youngest of three children born to Romaine Dexter Button and Emma Adelia Freeman-Button. He married his wife Bessie Markham on May 21, 1904 in Ithaca, NY. Together they had four children, Gertrude, Dorothy, Henry Burr, and Romaine Freeman. Romaine followed in his father's footsteps by having a career in agriculture. Romaine was the Assistant Director of School Gardens for the New York City Board of Education. H.F. graduated from Cornell University in 1906. Before starting his career at the New York State School of Agriculture at Farmingdale, he taught at Cornell from 1908 to 1910. He then went on to establish County Agent Services for the states of Virginia and Indiana. While working at Farmingdale, from 1917 to 1920, Button was the Department Head for Farm Crops and Soil Fertility. He was affectionately remembered by student members of the Sunrise Grange for his informative bird talks. Professor Button died of a heart attack on January 29, 1942 in Canastota, NY at the age of 63. 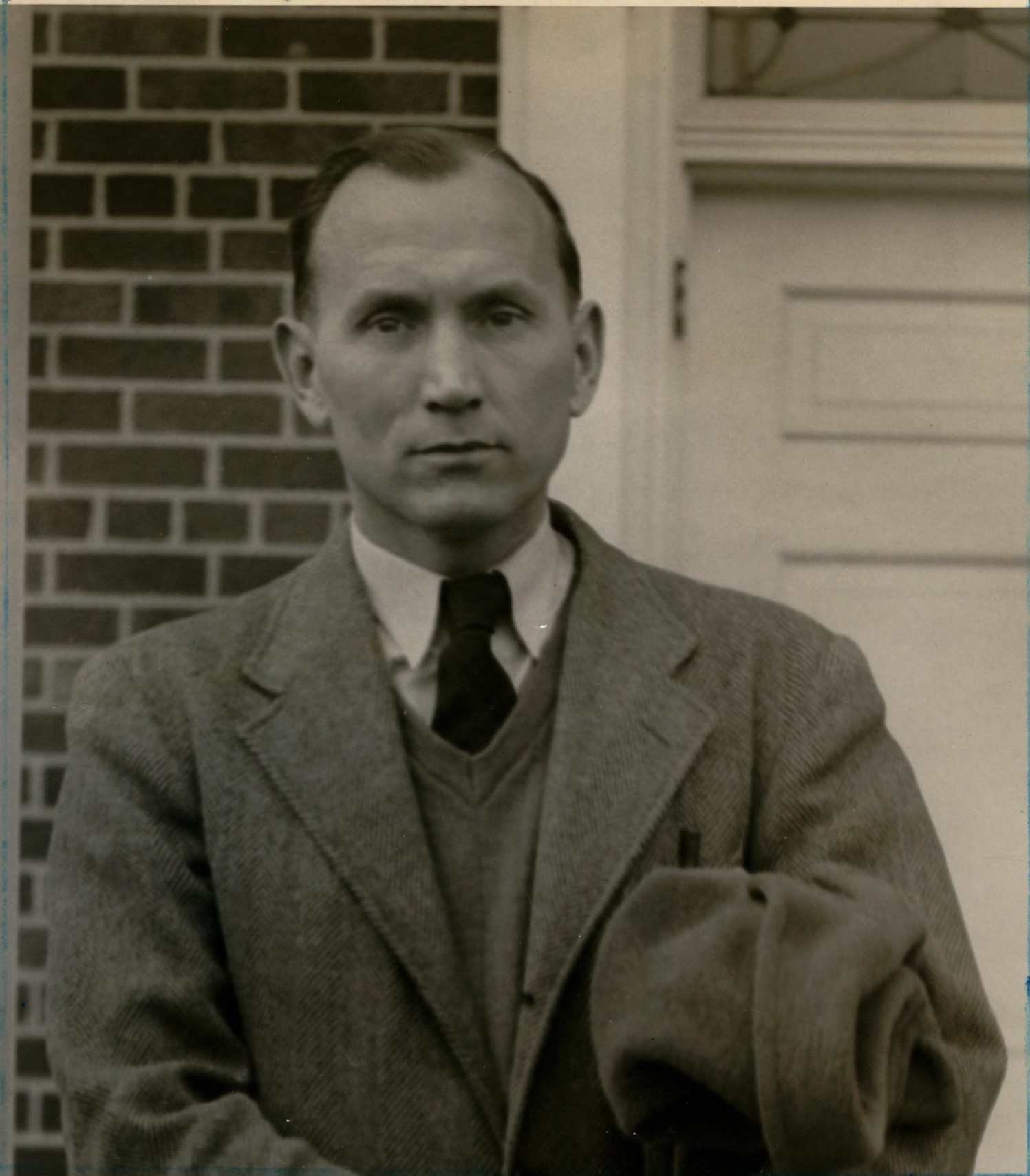 Norman H. Foote was born on December 12, 1909 in Malone, New York to James Hollis Foote and Florence Octavia Rider-Foote. He had two younger sisters; Marion and Rebecca. Norman followed in his father's footsteps when pursued a career in agriculture. Norman attended Cornell University and received his B.S. He married Kathryn Boller and together, they had two children Norman Jr. and Donna. His career at Farmingdale began in 1933 when our institution was known as the State Institute Of Applied Agriculture. At first he was a general agriculture instructor and taught horticulture, beekeeping, farm crops management, and rural sociology. Norman H. Foote also coached the soccer team for many years starting in 1934. He went on to become the Head of the Agricultural Engineering Department from 1948 until his retirement in 1967. Norman was also the son-in-law of Mr. Claude Villette Boller and the college's only known connection to the Boller Scrapbook; a prized possession in the College's Archives. It is thus assumed that the College Archives must have acquired Mr. Boller's Scrapbook from Mr. Foote before he retired in 1967. After his retirement, he moved to Sun City, Arizona where he passed away on March 2, 1999 at the age of 89. 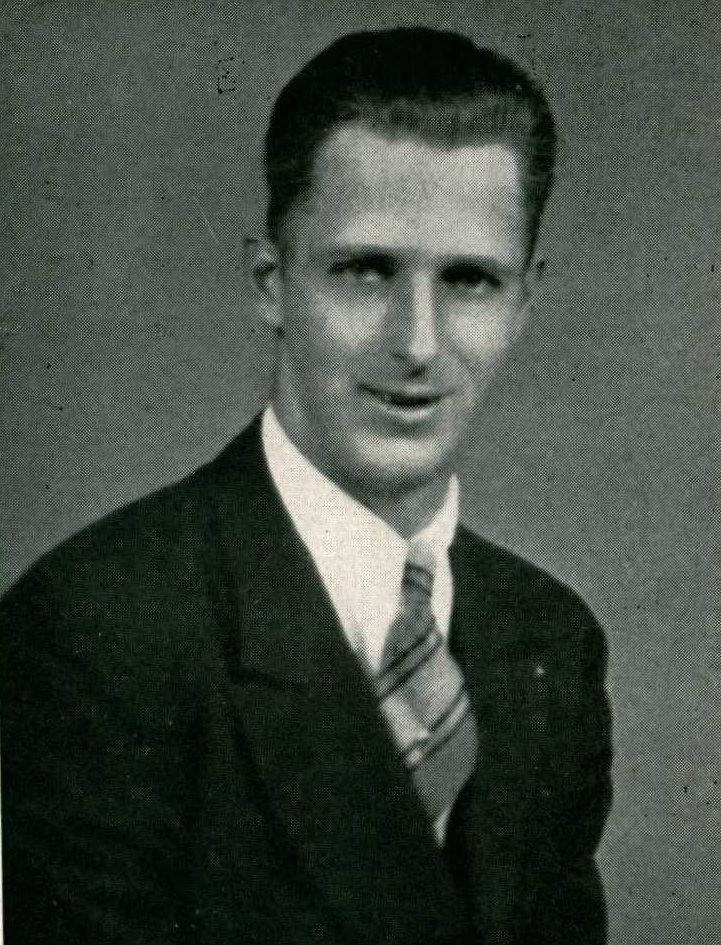 Eric Patterson was born on August 23, 1900. He was raised by his mother and grandmother in Islip, Suffolk County, NY. At 24 years old Patterson married his wife Geraldine and together they had two children; Robert Patterson and Dorothy Patterson-Murtha. Eric attended the New York State School of Agriculture at before becoming a staff member a few years after his graduation in 1920. As a student Patterson was a member of the student fire department, a Sunrise Grange officer, and assistant athletic coach. Eric joined Farmingdale State College as a member of the staff in 1925, serving as farm superintendent. He also served as President of the Alumni Association starting in 1931. Eric Patterson died on August 19, 1970 and was buried in Central Islip, Suffolk County, NY. 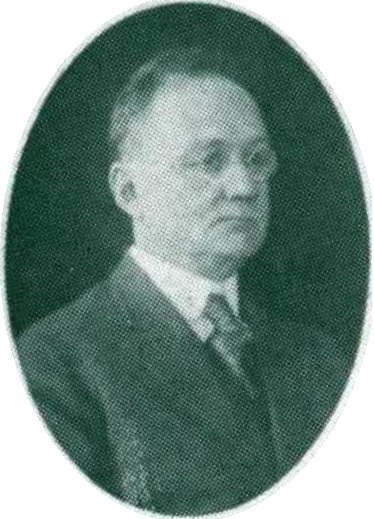 Clayton Ames Peters was born on June 8, 1860 in Bendersville, Pennsylvania to Daniel Group Peters and Lydia Bender-Peters. Clayton was just 8 years-old in 1828 when his mother Lydia died at the age of 47. He later went on to study biology and received his maters degree in 1885 from the University of Michigan. He continued his study on one celled animals at the biology laboratories of the Long Island Biological Association at Cold Spring Harbor, now known as the Cold Spring Harbor Laboratories. He married Mary Kathrine Peters on December 23, 1891 and together they had one daughter Marion Emilie Peters. Both Clayton and his wife Mary worked at The New York State Institute of Agriculture at Farmingdale from 1918 through the 1930s. Clayton retired in 1935, Mary in 1934. Prior to coming to Farmingdale, Clayton served as the Dean of the Science Department at Brooklyn Polytechnic Institute. He filled that same role at Farmingdale. A much beloved member of the faculty, the 1932 yearbook was dedicated to "Pa Peters." 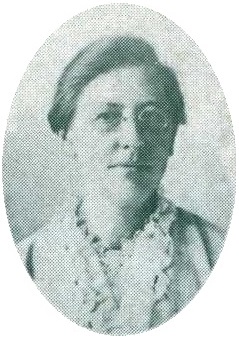 Mary K. Peters was born Mary Katherine McCreary on February 19, 1862 in Idaville, Pennsylvania. Her parents were Thomas and Sarah McCreary. Mary Katherine was married to Clayton A. Peters on December 23, 1891, and together they had one daughter Marion Emilie Peters. Marion followed in her parents' footsteps and became a high school teacher. After graduating from the University of Michigan, Mary Katherine Peters pursued teaching and eventually found herself working alongside her husband at Farmingdale from 1918 through 1934. Affectionately known as "Ma Peters", she was a favorite among staff and students. Among some of the roles she filled at Farmingdale were instructor of history, instructor of entomology, and librarian. She was faculty adviser of the Cosmopolitan Club and Sunrise Grange. It was also Mary who initiated the effort to plant a Memorial Oak Tree at the College. The planting took place on June 4, 1921 to memorialize those individuals who made the supreme sacrifice during WWI. Mary Katherine Peters passed away at the age of 82 years old on January 3, 1945, three years before her husband. 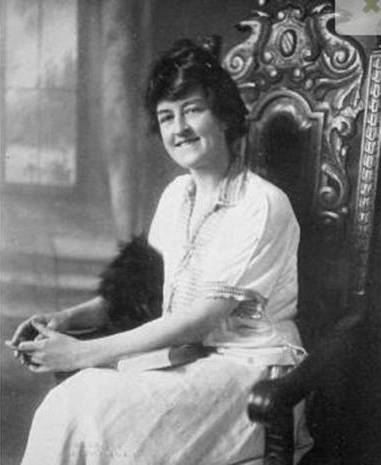 Hilda Jeanette Ward was born on November 12, 1878 in Annapolis, Maryland at the United States Naval Academy where her father was stationed. Her parents were Rear Admiral Aaron Raymond Ward (1851-1918) and Anne Willis (1854-1926).  Her father was actually born, Aaron Ward Burnett, but chose to take his mother's maiden name later in life. Hilda came from a long line of American military officers and politicians. She never married but she had five siblings; Irwin Franklin (1877-1880), Annie Edna (1881-1949), Frederick (1883-1883), Aaron Raymond (1885-1887) and Constance Marguerite (1892-1899). Hilda was a notable portrait, animal, and landscape painter and had her work featured in various exhibits including the New York Armory Show and at the Art Institute of Chicago. A feminist and advocated for women, Hilda authored a book about women, driving, and automobile maintenance called "The Girl and the Motor" (1908). After her father passed in 1918, Hilda abruptly quit painting. A few years later Hilda Ward joined Farmingdale State College community first as a student, enrolling in January of 1918, and later as a member on the Board of Trustees. She remained a member of the Board through the 1940s. Hilda passed away on July 23, 1950 at the age of 71 and is interred at Green-Wood Cemetery in Brooklyn, New York. It is worth noting that in 1962 the College honored Hilda by renaming Dorm 1 as Ward Hall.