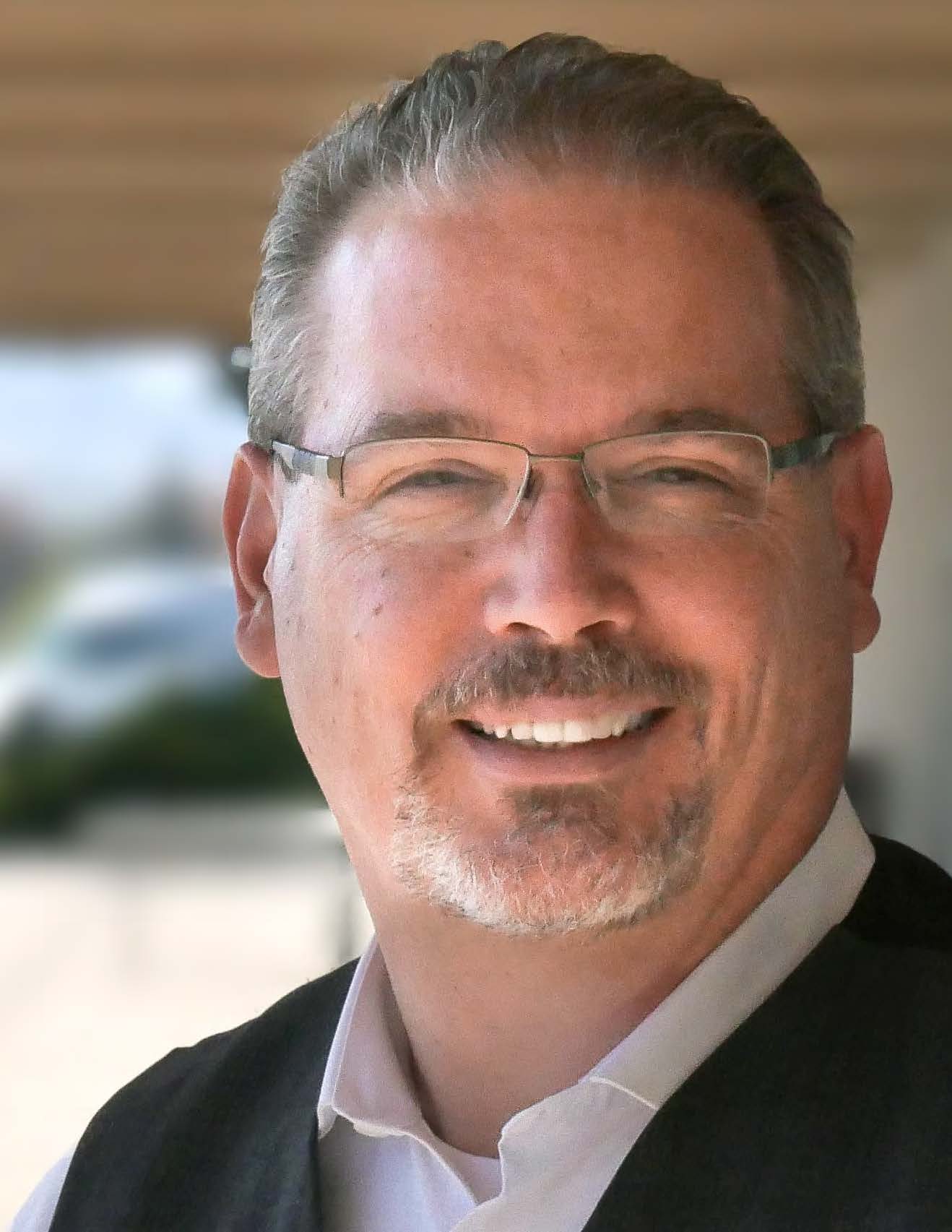 Nick has been with Lightning for over two years and has a passion for sustainable transportation, having worked with hundreds of fleets to help design optimal end-to-end electrification solutions for their specific needs. Prior to Lightning eMotors, Nick was the Vice President of Marketing at RLE Technologies, a data center monitoring equipment manufacturer. 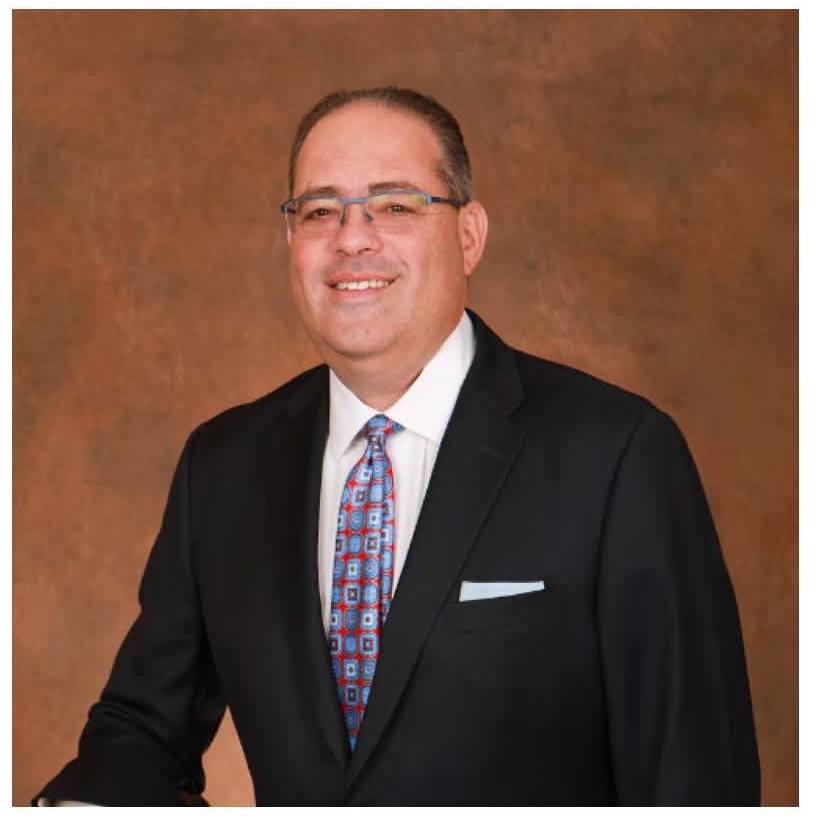 Alex Cherepakhov is the CEO and President of First Priority Group, the parent company of FPG Electrified. As a business owner and entrepreneur, Alex believes the core elements of any successful business include creating trust, living an intentional culture and focusing on the growth of the people and the business. Ever since Alex started his first business at sixteen years old, he believes that the entrepreneurial spirit and innovation drive the economy. Hard work and dedication to a purpose and mission that is bigger than one’s own is what led Alex to where he is today.

Alex spent the first 20 years of his career on Wall Street and learned how to assess and improve businesses and their bottom line. Companies that deliver value consistently to their employees, clients, partners and community are the ones positioned to leave a true impact on the world.

Andrew Dick acts as State Government Affairs Manager for Electrify America. In this role, he develops supportive policies to help grow the ZEV market, conducts outreach to states to inform development of ZEV Investment Plans, and manages compliance with state-level reporting obligations. Prior to joining the company in 2019, he worked on connected, automated and electric vehicle issues for the Oregon Department of Transportation, as well as ZEV policy development and energy and emissions modeling at NESCAUM. He holds a Bachelor's degree in International Political Economy from Colorado College.

John “Jay” Ferraro is currently a GM Regional Fleet Account Executive in the NE Region handling the NYC Metropolitan for large government accounts and large Fortune 100 commercial companies in the tri-state area.  Jay started his career with General Motors in 1994 as a GM Goodwrench Service Plus Coordinator in Philadelphia, PA.  Throughout the next 27 years, Jay was promoted to several field and Metro leadership positions within GM Parts, GM Service, Chevrolet Motor Division and GM Fleet over the past 20 years. Jay Ferraro also holds several automotive professional designations over his current 27-year GM career including a 25-year ASE Master Technician designation, member of the SAE and currently resides on the board for the NYC NAFA Chapter.  Jay Ferraro graduated from SUNY NY with a BA in Business Administration in 1988 and a MBA in 2003 with a minor in economics.  In addition, Jay is a 1986 GM ASEP Service Technician graduate. 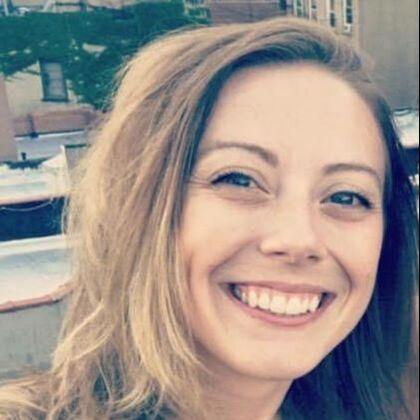 Joy is the Executive Director of Empire Clean Cities, as well as the U.S. Department of Energy's Clean Cities Coalition Coordinator for New York City and the Lower Hudson Valley. She holds a Master's degree in Nonprofit Management from the New School for Public Engagement and has over 10 years experience working for a variety of social impact campaigns and organizations. Joy has worked with public and private stakeholders to help cut greenhouse gas emissions, reduce petroleum consumption, and advance clean transportation in the region. 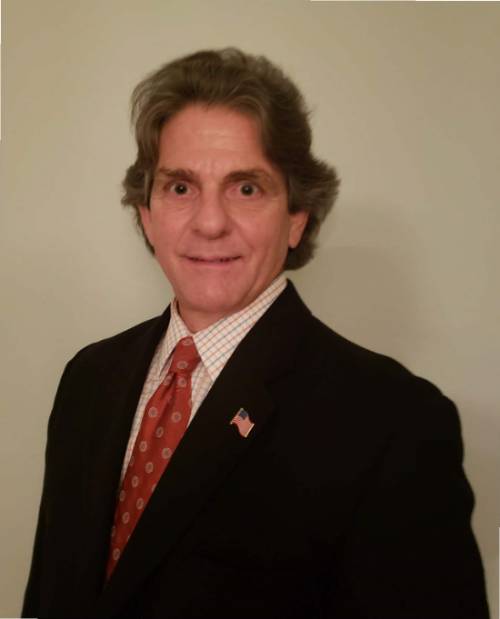 Emerald provides turnkey electric vehicle charging solutions, including complete project development and implementation for transitioning from petroleum to electric.  Mr. Gulmi has worked over 31 years in the energy industry for National Grid holding various positions in fleet management, gas engineering, sales and business development.   As the manager of the Product Management – Transportation group, Mr. Gulmi facilitated the development of new products and services that supported the electric and gas growth strategy and energy efficiency programs at National Grid US with a focus on the transportation sector.  He developed policies, strategies, business plans for alternative fuel vehicle technologies including both electric and natural gas for National Grid’s fleet and customer fleets.  He applies his experience as a fleet manager and 29 years in the AFV industry to assist customers in development and deployment of electric vehicle solutions.  Mr. Gulmi has served on the Board of Directors of the Electric Drive Transportation Association (EDTA) and the steering committee of the National Plug-In Initiative (NPVI).  From 2006-2010 Mr. Gulmi served as the Chairman of the Board of Directors of the Greater Long Island Clean Cities Coalition (GLICCC).  Mr. Gulmi is currently an associate adjunct professor at Farmingdale State College in the Automotive Engineering & Technology department and he integrates his activities with the Renewable Energy and Sustainability Center at the College.  He is also a founding member and steering committee member of the Drive Electric Long Island Coalition and he is the chairperson of the Coalition’s EV Infrastructure Committee. 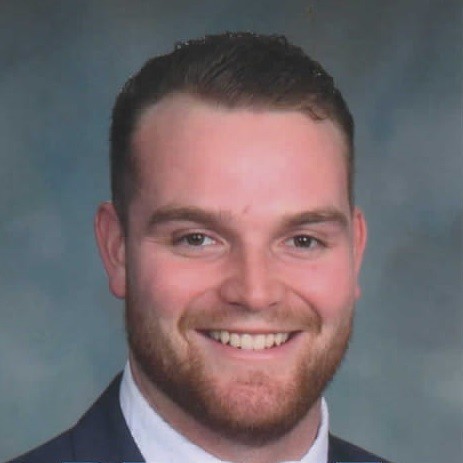 Ben Hartford has been at XL Fleet for 2.5 years. Ben has a strong background in sustainable solutions and holds a BA in Environmental Studies and Biology from Colby College. Prior to joining XL Fleet, he worked for Tesla as a Sales Advisor. Ben resides in Quincy, MA. 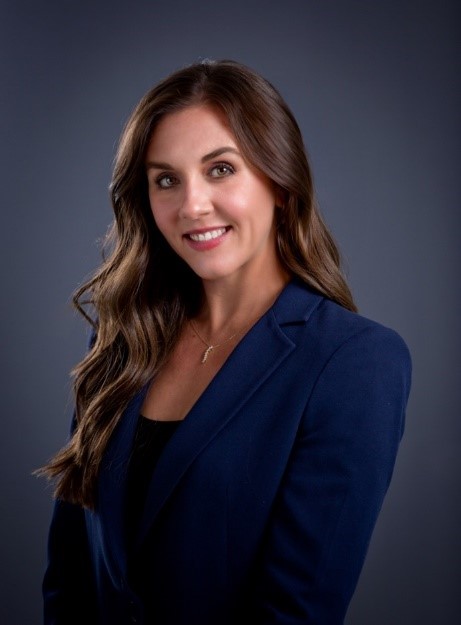 Chelsea Jenkins is the vice president of government and industry relations for ROUSH CleanTech, the clean technology division of Roush Enterprises. She leads strategic efforts including building partnerships with government and nongovernmental organizations and managing regulatory, legislative and public policy initiatives for advanced clean transportation programs.

She joined ROUSH CleanTech’s business development team in 2011, managing commercial, transit and school bus fleet accounts on the east coast. Prior, Jenkins served as the Virginia Clean Cities executive director and program coordinator. A recipient of the 2009 Clean Cities Coordinator of the Year award, she was inducted into the Clean Cities Hall of Fame in 2011. 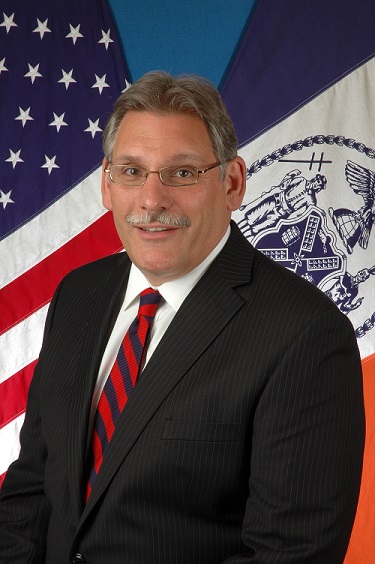 Robert S. Martinez joined the New York City Police Department in June 1986, through diligence
and educational achievement, he rose through the supervisory ranks until being appointed Deputy
Commissioner of the Support Services Bureau.

He currently commands a bureau that provides logistical and technical support to all commands within the New York City Police Department and services the public through the operations of Fleet Services Division, which maintains a fleet of over 10,000 vehicles and also repairs vehicles assigned to client agencies such as, Department of Transportation and Department of Environmental Protection. Property Clerk Division, Central Records Division and Printing Section. He oversees approximately 800 members of the service and over $179 million in combination of safekeeping and annual budget. Robert earned a Bachelor of Technology degree from New York City Technical College, where he majored in Electro-Mechanical Engineering; and earned a Master of Science Degree in Executive Management from the Robert F. Wagner Graduate School of Public Service at New York University. He also attended the Harvard School of Government in 2011. 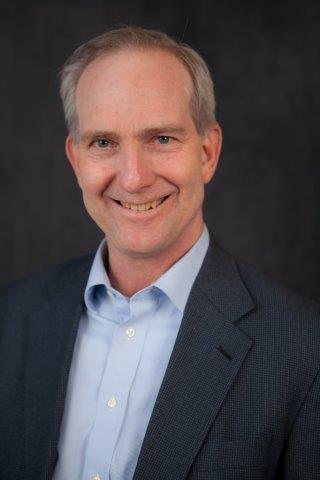 Energy Efficiency and Renewables for PSEG-LI

Michael is the Director of Energy Efficiency and Renewables for PSEG Long Island. He is responsible for planning, implementing, and evaluating energy efficiency and renewable programs, and the preparation of a Utility 2.0 Plan including efficiency, advanced meters, battery storage, Combined Heat & Power, and renewable solutions. Prior to his current role, Michael was a director at LIPA and at Central Hudson Gas & Electric where he had worked for 30 years in power generation, customer services, energy efficiency and regulatory affairs. In his current role, Michael is also an active participant in the Reforming Energy Vision proceeding, and is currently serving on the Clean Energy Advisory Committee.

Michael holds a Bachelor's degree in Mechanical Engineering from Rensselaer Polytechnic Institute and a master's in Business from Union College. He is a licensed Professional Engineer in New York State. 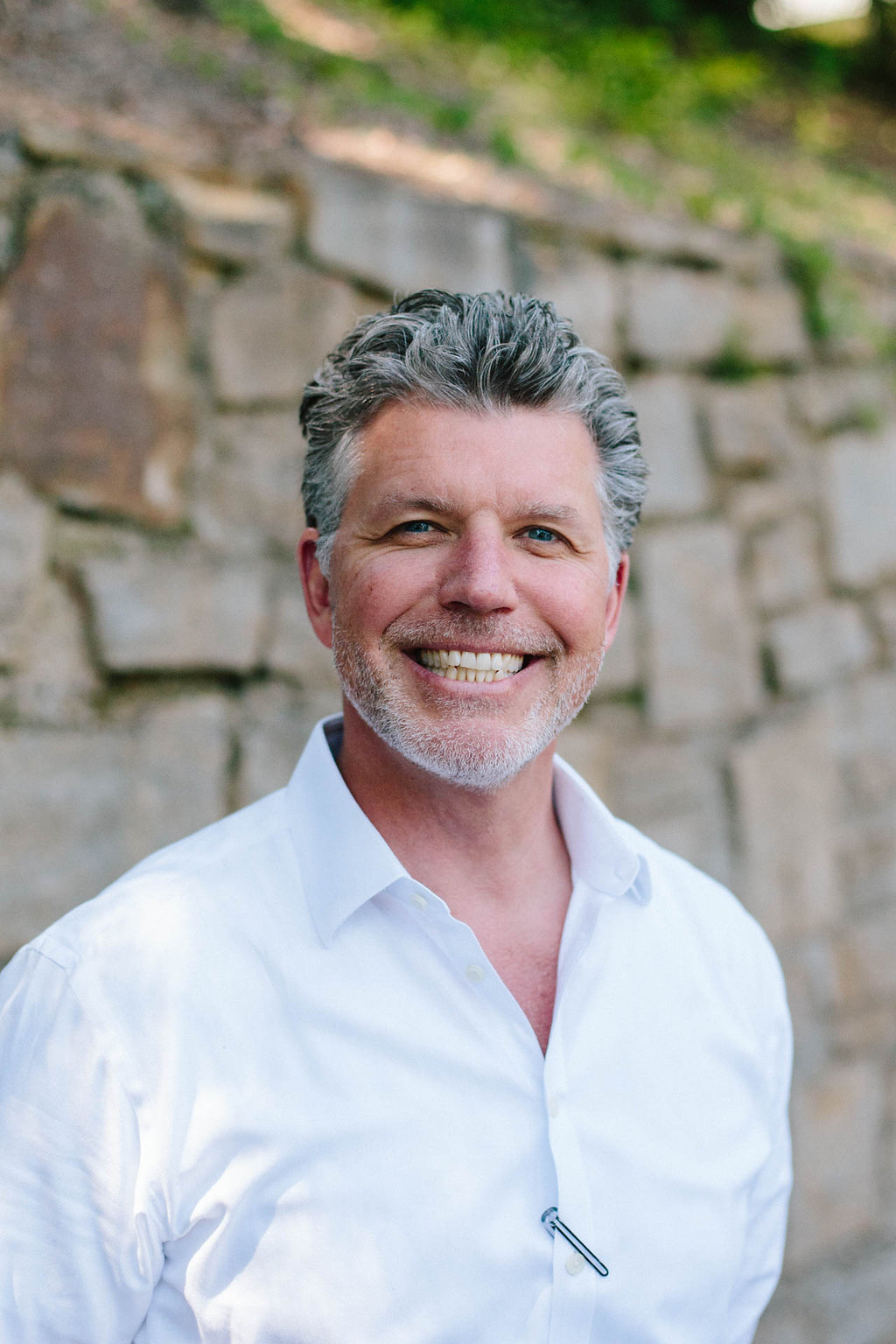 Brian has been in the automotive industry since 1993. Brian is a subject matter expert in building green energy solutions as a property developer and builder. Brian has recently been the Electric Vehicle Fleet Solutions Manager for Nissan North America. In that role Brian crafted EV programs for Utilities, Universities, Municipalities and businesses in the Northwest and Rocky Mountain regions.  Currently, Brian is the National Sales Director for Fermata Energy responsible for building business relationships, Vehicle to Grid projects and the decarbonization of commercial and municipal fleets. Brian has a proven ability producing in-depth research, process engineering, sales systems, and customer satisfaction protocols. His experience is accompanied by a Masters of Science in Communications Management from Northwestern University. Brian lives in Dallas, Texas. He has two cats.