Corinna Magno: First a Degree, Then a Gift Shop

Corinna Magno has attended FSC twice in her lifetime. The first was right out of high school in 1982. Though she admits she wasn't a very good student, she set her sights on a degree in Microbiology. But for a number of reasons – spending lots of hours at a full-time job, lack of transportation, and as Magno admits, a lack of maturity – it did not work out.

Now she is back, with a sharper focus and a confidence that is helping her think big. Since 2016 she has been pursuing a degree in business management, this time because she has a definite goal: opening a gift shop with her husband when she retires, in South Beach, Florida.

Magno returned to Farmingdale in 2016 for a job, not a degree. She had been working at Stony Brook University, but saw an opportunity at FSC for a promotion, which she earned two years ago when she joined the staff of Dean Denny Ryman, in the School of Health Sciences, as administrative assistant. At first though, she had no idea that the classroom, not just a better job, was in her future.

"Once on campus, many good memories flooded my mind. I had the belief that I was ready and could make my dream come true by graduating from Farmingdale State College. I enrolled in classes the first week of employment here."

It was a brave decision, and one that adults wanting a college education are making more and more. While the high school population continues to decline, the number of adult learners across the U.S. are forecast to increase through 2023.

"Adults are returning to school in record numbers," says Judi Cestaro, Farmingdale's Director of Transfer Services. "Some are beginning their college career, some are returning to complete a degree they started, and others are seeking further education as the demand for higher-skilled workers rises."

"What scared me about enrolling as an adult was I didn't think I could do it. Even after taking my first face-to-face class at Farmingdale, I secretly thought the professor was being easy on me because I was an adult learner. I continued doing well even online, where the professor had no idea how old I was. One of my concerns with taking face-to-face classes at FSC is that I am intimidated by young students. It seems that today's high school graduates are more prepared for college than I am."

That may be the case, but having graduated from high school back in 1982 is not holding Magno back today. As she likes to say, quoting her favorite motto, "Believe you can and you're halfway there." 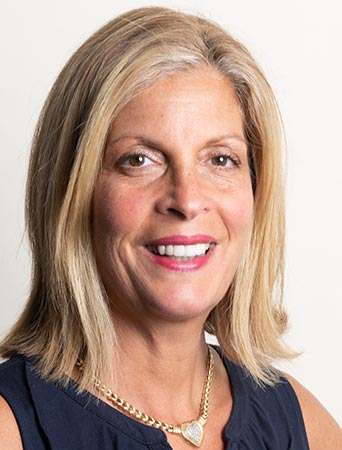