You can learn a lot about Farmingdale State College junior Oluwaseyi Joseph '17 just by reading his business card. He identifies himself as a recording artist, songwriter, performer, poet, and blogger for Nikki Siixx.com, an indie-music website. Perhaps even more defining is his mission statement at the top of the card: Dream Big or Why Bother.

It began for Oluwaseyi even before he hit his teens; he began writing songs as a third grader. That's also when he began seeing himself as a poet. Sort of a hip-hop Bob Dylan, taking his poems and setting them to music.

"That's how I approach my songwriting," says Oluwaseyi, who uses the stage name Seyi (pronounced Shay-yee). "I want to tell a story, convey a message in everything I write, so I feel that my style is naturally poetic.

"Before you can write something you have to visualize it. So I had these rhymes and lines in my head and I decided to start writing them down. Next thing I knew I had a chorus, then a first verse, then a second and then a whole song. It was a hobby to pass time, whenever my mom said I couldn't play games or watch TV or go outside. I was listening to music and writing what I felt like writing. Before I had realized it, music and entertaining was a passion for me."

Oluwaseyi's dream of becoming an entertainer began unfolding a few years later, in high school, when at age 16 he made his first recording, a 10-track mixtape called Step One.

"It was an opportunity to get my feet wet as an artist and songwriter. It was the first time I recorded in a professional studio, where I was tasked with writing full records by myself. It was very important to find a sound that worked best for me. It was also a learning experience in promoting and executing the rollout of a project."

Oluwaseyi posted his work online and hoped for a word-of-mouth buzz. It didn't quite happen that way; it wasn't heard much outside his school. But he was convinced that it was more his lack of marketing and promotional skills that kept exposure to a minimum, not the quality of the music, so Oluwaseyi persevered.

Fast forward to 2012, when Oluwaseyi applied to Farmingdale. He was turned down, and it already being March of his senior year at Channel View School for Research in Rockaway Park, Queens, things looked grim. Then, unexpectedly, Oluwaseyi received an email informing him that he was eligible for the Educational Opportunity Program (EOP). Now, he credits the program for his success – he's a 3.0+ student – as a professional communications major.

"He is an EOP rising star for his academic achievement," says EOP Counselor Monique J. Ramos.

But from Day One Oluwaseyi didn't make it easy on himself. He performed poorly his first semester, due, he says, to two things: being out from under his mother's watchful eye and flunking a math class (admittedly his worst subject) that caused his GPA to plunge – almost to the point of probation.

Even given all that, Oluwaseyi admits "I still believe I could have tried harder."

Things began to turn around when he joined Tau Kappa Epsilon. It hadn't been his aspiration to become a member, but he saw something in the fraternity that deeply impressed him.

"I thought about joining my first semester but I wanted to watch them and see how they operated from a distance, and to make sure all the stereotypes and negative assumptions about them weren't true," Oluwaseyi says. "I saw Tau Kappa Epsilon as a group of guys that work together to maximize their potential and make their environment a better place, and make the most of their time at FSC. That was something I wanted to be a part of. TKE helped me with my grades because it taught me how to manage my time better."

Now he's TKE's fundraising chair, and involved in all kinds of campus and community activities, including the tennis team and intramural sports, poetry contests, volunteering at soup kitchens and food banks, and hosting a show on the campus radio station, Ram Nation. In addition to playing his own music (and why not?), mixed in with oldies and today's hits, he looks for songs by artists like himself, those trying to establish themselves in a highly competitive business.

This semester he'll be playing his second recording, "N > I > B," which stands for No In Between.

"It's a mantra I live by and try to express in my music," Oluwaseyi says. "Dream big or why bother, because dreams are not meant to be realistic or have a ceiling. Dreams are meant to be one's escape from reality, and motivation to keep striving when reality beats you down. Put your all into what you do, no in between. The 'greater than' signs between the letters represent progression and always looking forward."

So far, Oluwaseyi's crowning moment has been topping the charts for a month on a British website, Richer Unsigned, that features under-the-radar music – like his "Wanna Be."

"It was a great and surreal sight, seeing my song there every day."

Maybe "Wanna Be" became a chart topper for its unexpectedly uplifting message, which turns the negative connotation of a wanna-be pretender on its head.

"I'm aiming to flip the meaning of the term and use it as something positive," Oluwaseyi says. "I'm describing a wanna-be as someone who wants to be the best person they can be, and believing in their own potential enough to not give their dreams and aspirations a ceiling. To be able to do that, you must first accept the person that you are and understand that your future is yours to make, not anyone else's."

Now that he has a few recordings in the can, Oluwaseyi is working on his live show. He has performed on campus, at Manhattan hot spot Santos Party House, and at popular Long Island clubs such as Revolution and Emporium. But he's learning that it's a growing process. For every young phenom, there are scores of artists struggling to make a name for themselves. He understands that, but is undeterred.

"Each show has gotten bigger and better so I am looking forward to the future. The only problem I've had is drawing enough people to venues to make the promoters and owners happy enough to continue to book me."

So, more and more Oluwaseyi is booking his own shows. A recent appearance on a Long Island news station, posted on YouTube, should help. So should a forthcoming video of "Wanna Be."

"Right now I am one of many fish in a huge pond, but as I swim I get stronger and wiser. I see the progression and understand the potential. Slowly but surely I believe I am moving in the right direction." 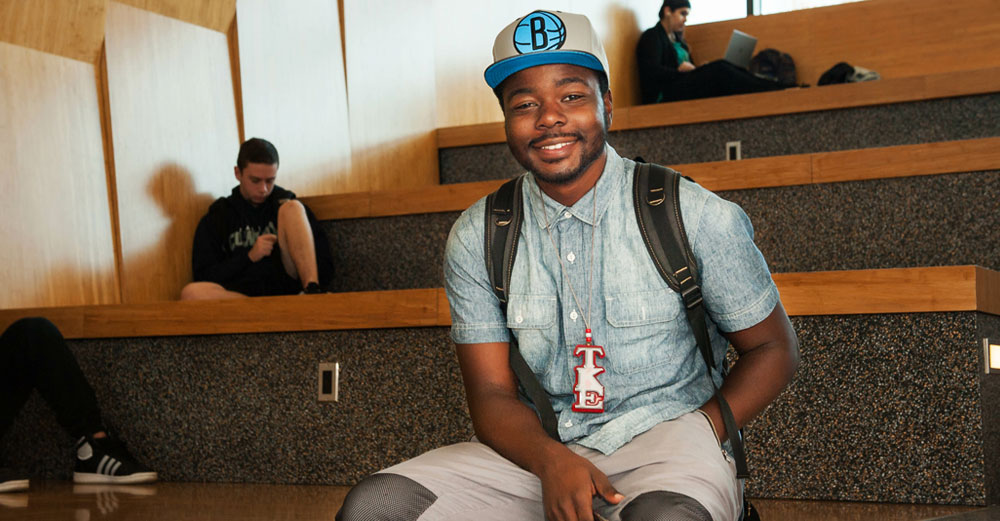