Melissa Tavares: In the Spotlight

The World War I recruiting campaign for the U.S. Navy proclaimed, "Join the Navy, See the World."

For Business Management major Melissa Taveras '15, it's been join the School of Business, see Europe.

Melissa had no idea she'd be visiting Italy, Spain, France, and Switzerland – with Morocco thrown in for good measure – when she enrolled at Farmingdale in 2010, right out of high school. She began as a liberal arts major, looking for something to specialize in. She eventually found it in the School of Business.

"I enrolled in business management because I believed it to be a well-rounded major," Melissa says. "Most people will either work for a business or create one of their own. I wanted to discover which aspects of business I could best use my abilities, what sectors of business I was attracted to, and, of course, what I needed to know to become an efficient worker."

Soon she decided that her future was specifically in sales and operations. That took care of the practical side of her life. Then came the dream – the one in which Melissa had long seen herself as a world traveler.

Her first study-abroad experience - in the summer of 2013 - was in Rome, where she lived and learned at a local hotel. But she also found time to get out of the Eternal City, visiting cities in the north and south of Italy. She not only enhanced her academic life through the experience, but found herself enchanted with Italian culture.

She pulled out her passport again in the fall of 2014, when she journeyed to Barcelona, Spain, to study at IQS Ramon Llull University. Unlike her Italy experience, she lived in the community in which she studied. Melissa found her academic experience as stimulating as the experience of absorbing yet another culture.

"There was a completely different form of teaching and grading. I saw how professors conducted their classes in a way that is quite different than our system. And I had the opportunity to present my final project in Spanish."

Back at Farmingdale, Melissa has twice made the president's and dean's lists. Also in the classroom here, she overcame her fear of public speaking – a must if you want to be involved in any aspect of sales. It happened in a strategic management class taught by adjunct assistant professor Dianne Weinstein.

"For one of the assignments we had to present a chapter from our text book. Professor Weinstein had us do a lot of public speaking as part of the course. This one assignment really helped me control my nerves."

Melissa has gotten a lot out of her years at Farmingdale – not the least of which has been to fulfill her dream of immersing herself in other cultures. It wouldn't have happened had she not made that big decision in 2010 to enroll here.

"In every country I travelled to I found a little bit of myself," she says wistfully. "These are experiences and lessons and skills I would never have learned had I been in my usual environment. Studying abroad has been the best decision I could have made." 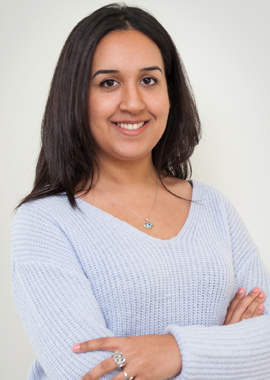