Completing every step in the college application process is the first victory for first-generation college students. With no experienced family members to assist with applications, financial aid and enrollment forms, these pioneers must rely on others, or just as often, themselves to forge this new path. When they finally set foot on a college campus, while a cause for celebration, college brings a whole new set of challenges.

For all that first-generation college students go through, continue to go through, and achieve, Farmingdale State College held a four-day celebration Nov. 7 to Nov. 10 to let these students know the College applauds them and will do what it can to help them succeed.

First-generation college students are the first in their family to go to college. These students’ parents did not earn a bachelor’s degree. About 30 percent of FSC’s population is comprised of first-generation students.

Approximately 170 students attended a kick-off party for the week in the Campus Center ballroom Nov. 7 featuring lunch, gifts, music, and dancing. Dr. Kevin Jordan, Vice President of Diversity, Equity, and Inclusive Excellence and Chief Diversity Officer, who oversaw the event’s planning committee, welcomed the students as trendsetters and pioneers as the festivities began.

The rest of the week’s schedule featured a variety of events, including the movie “A Walk in My Shoes,” followed by a discussion; a networking mixer, and a hip hop Tik Tok play about surviving college.

November 8 has been designated the day for National First-Generation College celebrations to mark the anniversary of the signing of the federal Higher Education Act (HEA) of 1965 by President Lyndon B. Johnson.

This was FSC’s second annual first-generation student celebration. Janice Rivera, Executive Director of Academic Support and Access Programs, started the event last year to show support and recognition for these unique students. “It was a celebration of the wonderful students we serve and the success they are achieving.  It was great seeing a mix of familiar faces and new ones throughout the event.”


College President Dr. John S. Nader told the attendees first-generation celebrations will remain part of FSC life. “It was a great idea then, it’s a better idea now, and we will continue it.”

Jessica Boodooh, ’22, an applied psychology major from Queens, said it’s great to see that the College has their backs. For Boodooh, the higher education aspirations started early. “It always was my dream to attend college,” she said, and as a child, she collected bottles and cans to cash in for the deposit money to start her college fund.

First-generation students often have challenges and responsibilities other students don’t. Jairo Orozco, ’25, an applied psychology major from Lawrence, said enrolling at FSC was the best decision he ever made. “It’s a stepping stone to help me realize what kind of scholar I want to be,” Orozco said. Working full-time and going to school full-time have been his biggest challenges, he added. “I have to support my mom and myself.” Events like the week-long celebration are what set FSC apart, according to Orozco.  “I really admire FSC for this reason. No one else is doing this. That’s what makes it a special place.”


Understanding the needs of first-generation students is critical to helping them succeed, noted Rivera, herself a first-generation student. Getting into school is a major feat; then the next set of hurdles pops up. “The majority have to work; they still have to pay for a car and textbooks, and some need to help support their families,” Rivera continued. “The rigor of the courses also is very challenging. They may feel like they don’t fit in.”

Many students are also carrying the weight of their families’ expectations, added Rivera. “For some, it’s the pride; proving to themselves as well as to siblings, younger cousins they can do it. It’s not just for themselves; it’s for the family.”


Boodooh, the senior applied psychology major, said her family has always been supportive. After working three jobs for several semesters, financial help from her family allowed her to reduce her working hours.  After graduation, Boodooh plans to get her doctorate in psychology.

Dominque Duliepre ‘22 of Elmont is attending college not just for himself, but for his father, whose plans were interrupted.  An electrical engineering technology major, Duliepre plans to complete a master’s degree in electrical engineering after graduation. He is the founder and president of the National Society of Black Engineers on campus and has already formed his own company.

“My parents and family members wanted me to take advantage of the opportunities here,” said Duliepre. “My father had unfulfilled dreams; I wanted to pick up in his footsteps and continue building. I use all the hindrances and hurdles as motivation to continue his dreams and what they mean for me.”


After an FSC faculty member introduced him to electrical engineering technology, Duliepre found his niche. “Electricity fascinates me,” he said. “In Haiti, it went in and out. We rarely had it.”

An advantage of being one of the first in a family to attend college is establishing your own benchmarks, he added. “For first-generation students, it’s about finding your own path,” Duliepre said. “You are not burdened by family legacy or education legacy. There are no expectations, so you raise the ladder as high as you can in whichever direction you please.”

At the same time, students know they are setting an example for the next generation. Boodooh has brothers and cousins eagerly following her progress. “I have a lot of younger eyes looking up at me,” she said. “They have a lot of questions about balancing work, school, and life.”

While college has not always been easy, it all has been worth it, Boodooh added. “It has changed me for the better.” 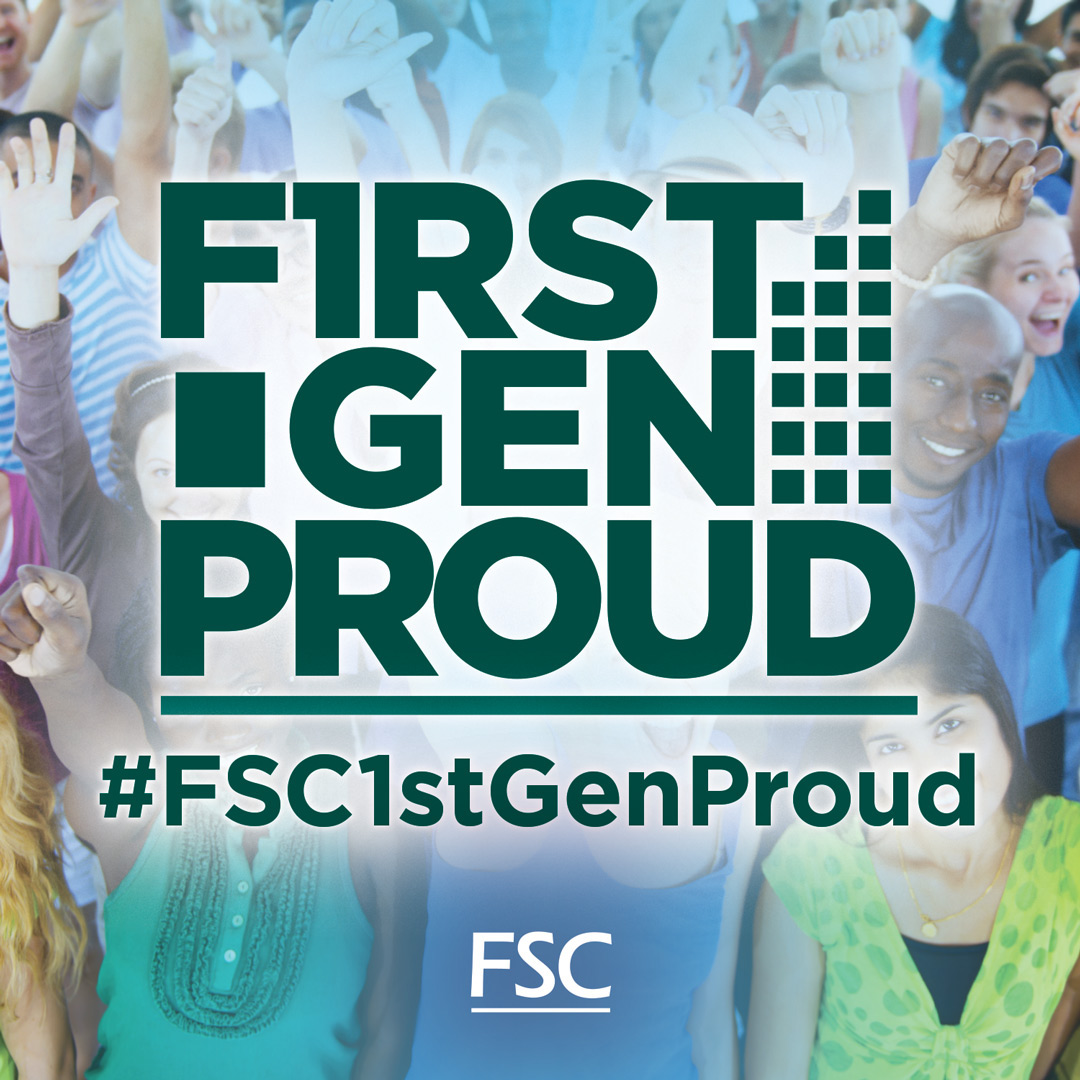