Bethpage, NY – November 10, 2022 – Bethpage Federal Credit Union is proud to announce a gift of $100,000 to the Farmingdale State College Nader-Wolverton Student Emergency Fund to help students experiencing financial hardship. The Fund can be used for tuition as well as necessities such as food, transportation, and emergency campus housing. Bethpage’s pledge was recently announced at the Farmingdale State College President’s Gala at the Crest Hollow Country Club, held November 3rd.

The Nader-Wolverton Student Emergency Fund provides support to students nearing graduation who face pressures to withdraw for financial reasons. Through the emergency fund, these students are positioned to complete their degrees. Recipients can then obtain full time employment and realize their earning potential on the path to long-term success.

"This gift is a wonderful example of the truly transformative impact that Bethpage Federal Credit Union has on our region,” said John S. Nader, President Farmingdale State College. “The gift will permit deserving students to overcome acute financial hardships and remain at Farmingdale to complete their degrees. Bethpage’s generosity will change lives. Recipients of the emergency fund will soon become FSC graduates who will pursue successful careers here on Long Island and our greater NY region."

Letters written by two Fund recipients were read at the President’s Gala offering thanks for the support they received which will allow them to graduate instead of taking a semester or year off from their education.

Trinity Jackson is a senior at Farmingdale State College, majoring in Science, Technology and Society who plans on joining an accelerated nursing program in pursuit of one day becoming a PA. With a current GPA of 3.79, Jackson has been an active student, working in the Academic Advisement and Information Center as well as in the tutoring center as a peer mentor. Last Spring, she received the Student Service Award for her outstanding efforts in helping other students.

“I come from a single parent household where my mother worked tirelessly to get me through college. She taught me that education was the most important thing that you can get out of life, because it will create opportunities. Due to medical issues, the financial burden of college became very difficult, and I worried about how we would be able to afford it. I have been truly blessed with assistance that will allow me to graduate in Fall 2022. When I walk across the stage, I will be the first-generation college graduate in my family, thanks to the emergency fund” said Jackson.

Angelica Britez is a junior at Farmingdale State College who aspires to be an accountant. She started FSC as a Criminal Justice Major but quickly switched to Business Management after taking an accounting course during her freshman year. She plans to further her education at SUNY Old Westbury in their Accounting Master’s program after graduation.

“My life at home led me to move out for my own safety and mental health. Doing so created many obstacles, including having to pay for college on my own. With the help of the emergency fund, I will graduate in December 2023 and earn a degree that I’ve been working towards for the last three years. Thank you for helping me finish. I am extremely grateful. I cannot thank all who supported the emergency fund enough,” said Britez.

“These sentiments speak for themselves, and truly capture the impact corporate giving can make in people’s lives,” said Linda Armyn, Chief Strategy & Marketing Officer, Bethpage. “Bethpage is a longtime supporter of Farmingdale State College as an institution committed to catapulting students to a bright future. We are honored to have a role in helping these deserving students get the support they need to finish their college education and start their professional journey.”

The Nader-Wolverton Student Emergency Fund is a philanthropic commitment President Nader and his wife Kathy Wolverton have made personally, which has received many generous pledges over the past three years. Donations are accepted online to assist students in need.

“Almost nothing we can say about Bethpage Federal Credit Union will capture fully their impact on the broader community. This is an institution that touches many thousands of lives,” said President Nader, Farmingdale State College. “Their engagement with the broader community extends well beyond philanthropy. The volunteer work of their leadership and staff take place on an unmatched scale, and we cannot thank them enough for their ongoing support.” 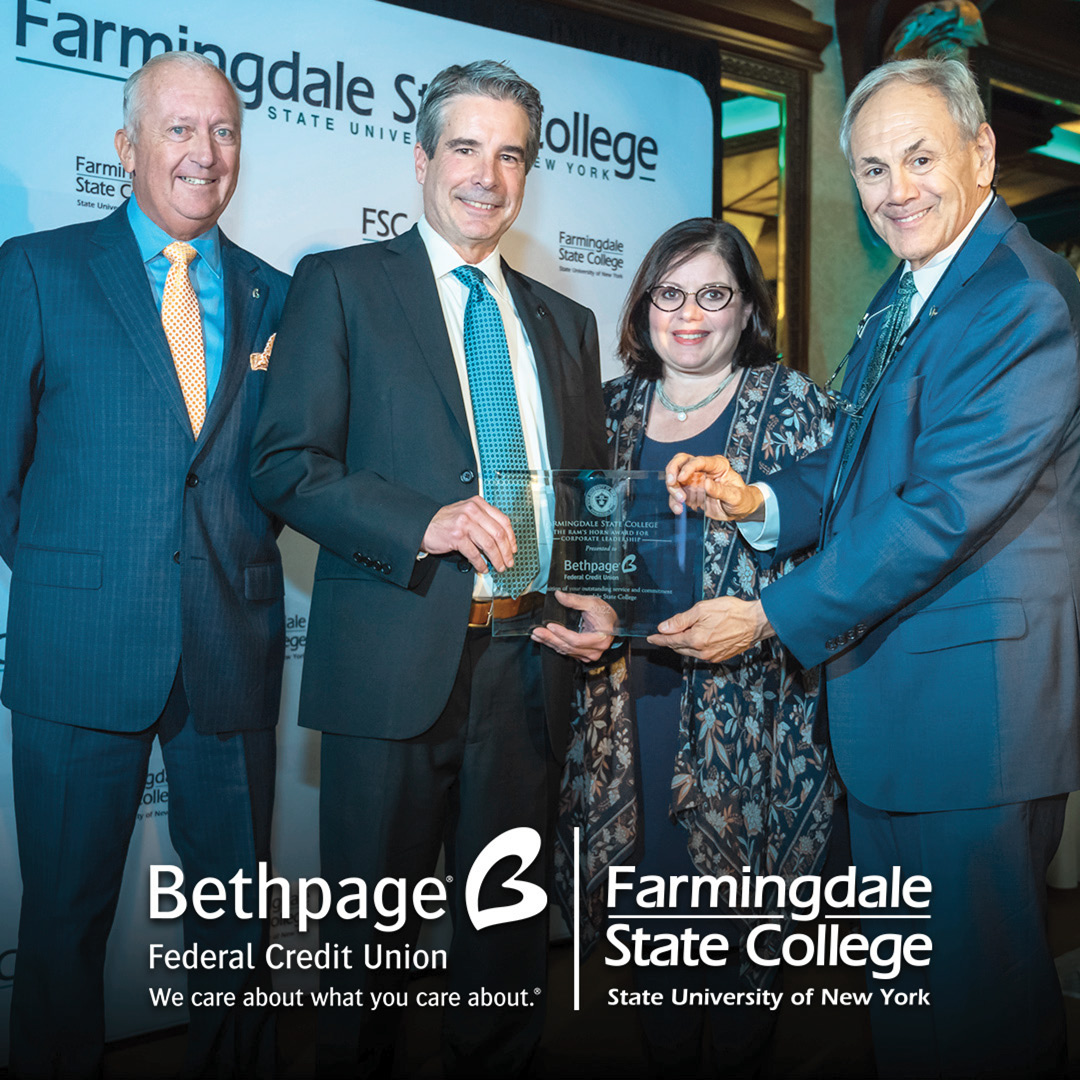