FSC Turns Out to Support Run for Caregivers

Jay Asparro is a man driven to run; by memories, hope for the future, and compassion for others.

Asparro, 43, of Plainview, starred in The Ann Asparro Run-100 Miles of Hope, Oct. 1 to Oct. 2 at Farmingdale State College to raise funds to support caregivers for patients with dementia and Alzheimer’s Disease.  FSC students and staff embraced Asparro’s cause and turned out in waves over two cold, rainy days to run with him, cheer him on, and donate to his cause.

“The Farmingdale response was phenomenal,” Asparro said after the event. “I am so grateful to Farmingdale and all their support.”  Although fierce winds the second day prevented Asparro from completing 100 miles, he raised more than $33,000 toward his goal of donating $50,000 to the Long Island Alzheimer’s & Dementia Center (LIAD) of Westbury by the end of the year. Not only does LIAD offer services for dementia and Alzheimer’s patients, but critically-needed respite care and other support for families responsible for those patients.

“I think it made a large impact on the students and the community,” Asparro added. “A lot felt comfortable sharing their stories about the impact of dementia and Alzheimer’s on their families.”

This was Asparro’s seventh run; over the years he has run varying distances and raised more than $150,000 to support caregivers. He began the runs in honor of his grandmother, Ann, who suffered with dementia and died in 2019 at the age of 94. “She was the matriarch of the family,” Asparro said. “I was the youngest of seven grandchildren, so naturally I was her favorite. She was all about faith, family, and love.”

During the eight years she was in a nursing home near the end of her life, either Asparro’s mother, father, aunt, or uncle spent every day with her and he saw the enormous burden caregivers shoulder, often without any break.

Initially, Asparro had trouble finding a place that would let him use a track but when FSC Director of Athletics Tom Azzara heard about Asparro’s cause, he was eager to help. “He said Farmingdale was all about giving back,” Asparro said. Prior to the run, Asparro spoke to student athletes, Greek organizations, and other groups on campus about his passion for supporting caregivers, leading to numerous students and staff members volunteering to help.  The athletic department “was all in,” said Director of Athletic Communications Tom Emberley.

“We were awe-struck,” Emberley said. “It’s something really special.”

During the two days of the event, groups of students took turns running with Asparro or cheering from the sidelines. Members of the FSC men’s lacrosse team joined him Saturday for two miles and members of the women’s soccer team ran some laps, as did many others.

“He told us about his cause, what he went through, and that got us going,” said lacrosse player Christian Lembo of Farmingdale. “He’s running for other people—we’re here to help keep him going and motivated,” added teammate James Hickis, also of Farmingdale.

For some students, the cause also was personal. “I really wanted to show support for him,” said sophomore Ayden Pitt of Floral Park, a member of the baseball team.  “My grandmother passed away from Alzheimer’s.”

The Phi Sigma sorority made a t-shirt commemorating the run for Asparro’s daughter, and fraternity Kappa Sigma made one for his son.

“The students have been wonderful—he’s never had so many people start with him before,” said Kathy Asparro of North Bellmore, Jay’s mother.  “It’s nice to see the young people here.  The college has been so supportive; no one at any of the other runs has ever been so supportive before.”

Asparro’s passion, goals, and actions certainly inspired students, said Tori Cohen, Executive Director of the Long Island Alzheimer’s & Dementia Center, as she marveled at the turnout in the dreary weather. “It’s a great learning opportunity,” Cohen said. “We’re super, super impressed with the student population at Farmingdale. They understand the mission and the cause. And they understand that for caregivers, it’s a 24/7 job.” 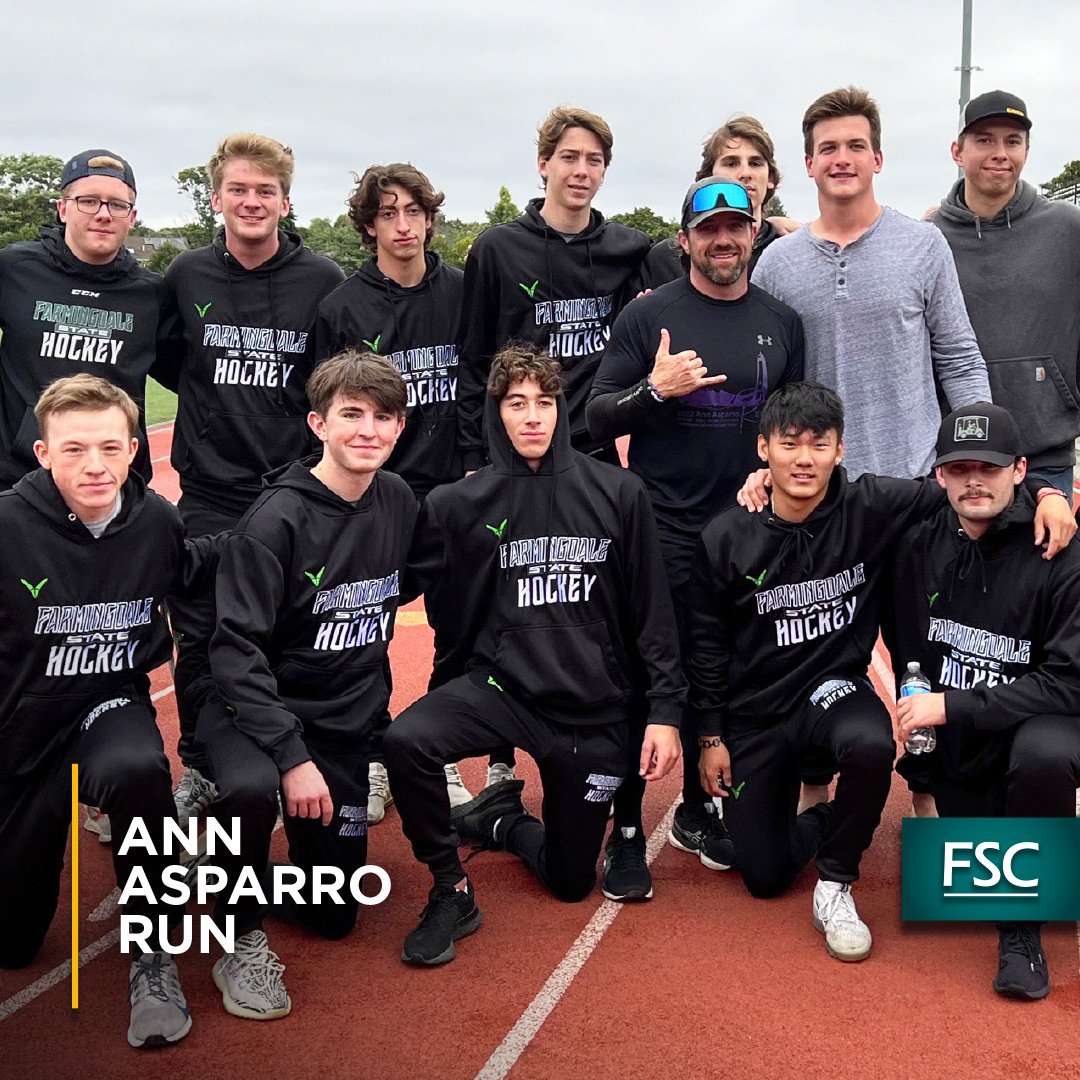