Terry Crews Talks About His Journey to True Power

When it comes to battling inner demons and sending them packing, Terry Crews has the scars to prove it’s worth the fight.

An actor, author, activist, and former pro football player, Crews captivated an audience of about 1,500 at Nold Athletic Complex April 28, with a candid presentation about how he overcame the rage that fueled him and became an advocate for himself and others.

Crews said he speaks at as many colleges as he can. “I’m 54 years old, and to have young people want to see me is great. They are where we are going.”

His presentation was sponsored by the Dean of Students office as part of a series of mental health initiatives and scheduled to coincide with Sexual Assault Awareness Month.

“I haven’t seen a turnout like this in six years,” said FSC President Dr. John S. Nader. “You can’t beat authentic. And he is very authentic.”

Crews retired from the NFL in 1997 after six years and started acting shortly after. Looking back, Crews said he never really liked playing football, but it served a purpose.  “I developed rage and football was perfect,” he said. “I could burn rage legally.”

After retiring, he began getting parts in films and TV shows, including Everybody Hates Chris and Brooklyn Nine-Nine, but still carried anger and a sense of entitlement with him.

“Success is the warmest place to hide,” Crews said, in discussing how his celebrity status helped him avoid the turmoil he carried inside.

After revealing to his wife Rebecca that he cheated on her and she left him, his wife’s departure and his initial response, Crews said, finally jolted him into action. “I said, ‘Fine, I can find another woman’,” Crews said. “I believed I was more valuable than any woman in my life.”

He spent 12 years working on controlling his anger and seven years in therapy, and got his family back—the Crews’ have five children.

His control was tested and held strong in 2016, when Crews was groped twice by a William Morris Endeavor executive at a Hollywood party. His first thought, he admitted, was he wanted to punch the man in the face. But then he grabbed his wife’s hand and they left.

The response when he went public initially shocked him; people said Crews should not have allowed it and even he was “too big” to be sexually assaulted. “That’s like saying you are too big to get shot.”

But by choosing to speak out, Crews raised awareness about the scourge of sexual assault and encouraged women and other men to come forward. TIME Magazine named him a “Person of the Year” in 2017 for being a “Silence Breaker,” as the MeToo movement erupted and he testified before Congress about the need for more support for victims of sexual assault. He recently released his second book, Tough: My Journey to True Power, about overcoming toxic male stereotypes.

“There are people here who have had their boundaries violated,” Crews told the Farmingdale crowd.  “You are valuable. Get the help you need.”

Crews survived a turbulent childhood in Flint, Michigan, with an alcoholic, abusive father and a deeply religious mother who took the brunt of his father’s anger. Crews said his mother told him she never left because she feared their father would kill her.

When the auto industry collapsed in the mid-seventies, the crack epidemic stepped in to fill the void. The chaos on the streets rivaled the turmoil at the Crews’ home. “My father would rather be feared than loved,” Crews said. When he was 5, his father punched his mother in the face as hard as he could. While she was lying on the ground, he stood over her and said, “Look at what you made me do.”  “I was angry and balling up my fists,” Crews recalled. “But there was nothing I could do. I was just a little kid.”

One time after Crews’ father came home drunk and was sleeping, he kissed him on the cheek and said he loved him. The look of disgust his father gave him stayed with him for years.

The fundamentalist Christian church his family attended daily also had strict rules for living, including no music, TV, movies, or dancing, leaving Crews with few outlets. He did discover his artistic talent and listened to friends at school describe movies and then he would draw the scenes.

Crews, who already was working out obsessively, decided that football was going to get him out of Flint. He had an art scholarship to Western Michigan State University and walked on to the football team, then later got a football scholarship. “I lived my life based on revenge, thinking of everyone I would get back at,” Crews said.

What inspires him now is tearing down old images. “I’m not a movie or a TV character. I had to get past the myth of invincibility,” Crews said. “I decided not to be the best, to be the only.”

While it took time for him to accept help, Crews continues to work on himself. “You have to examine yourself deeply and thoroughly,” he said. “You come into the world assembly required.” 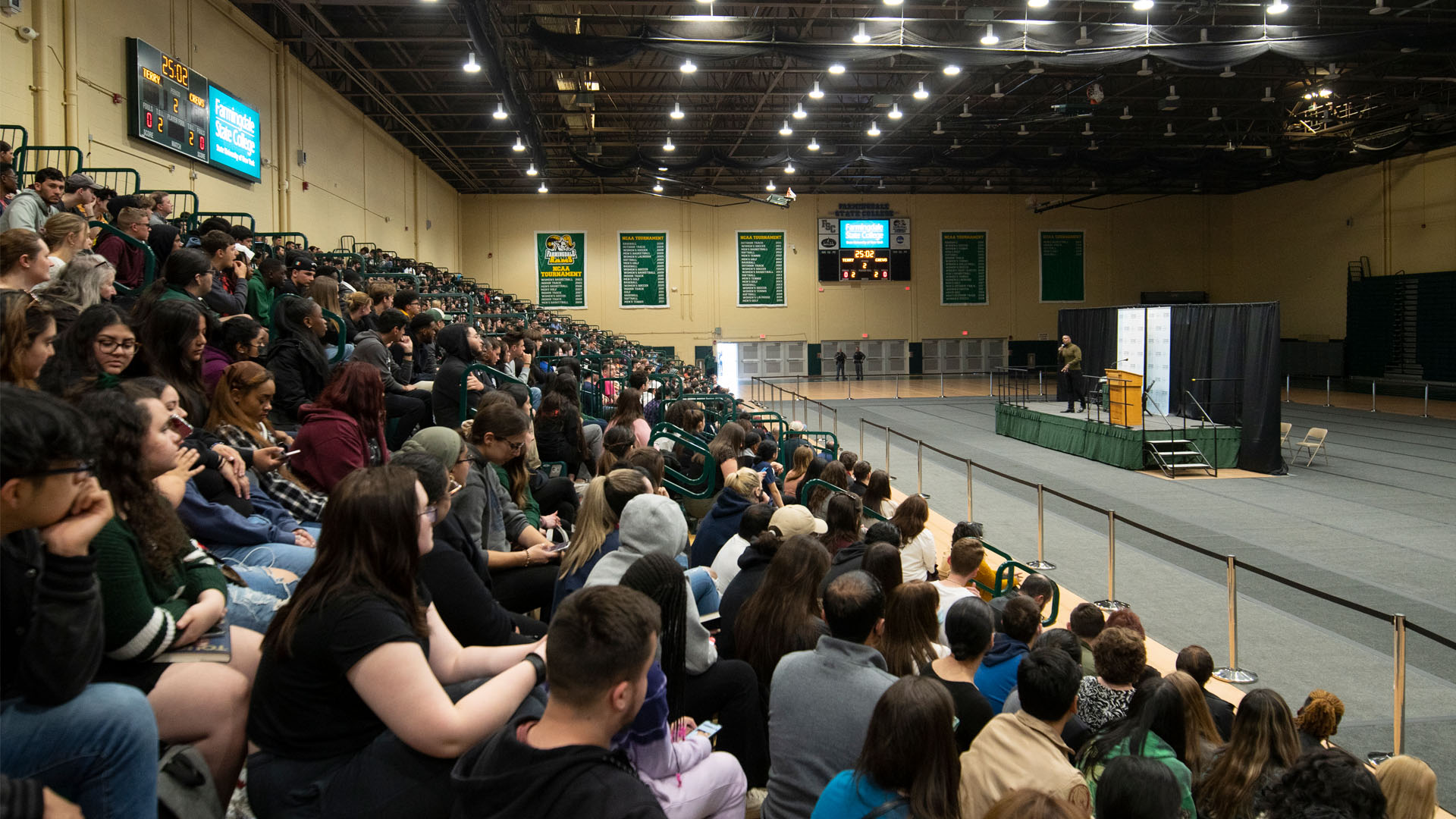 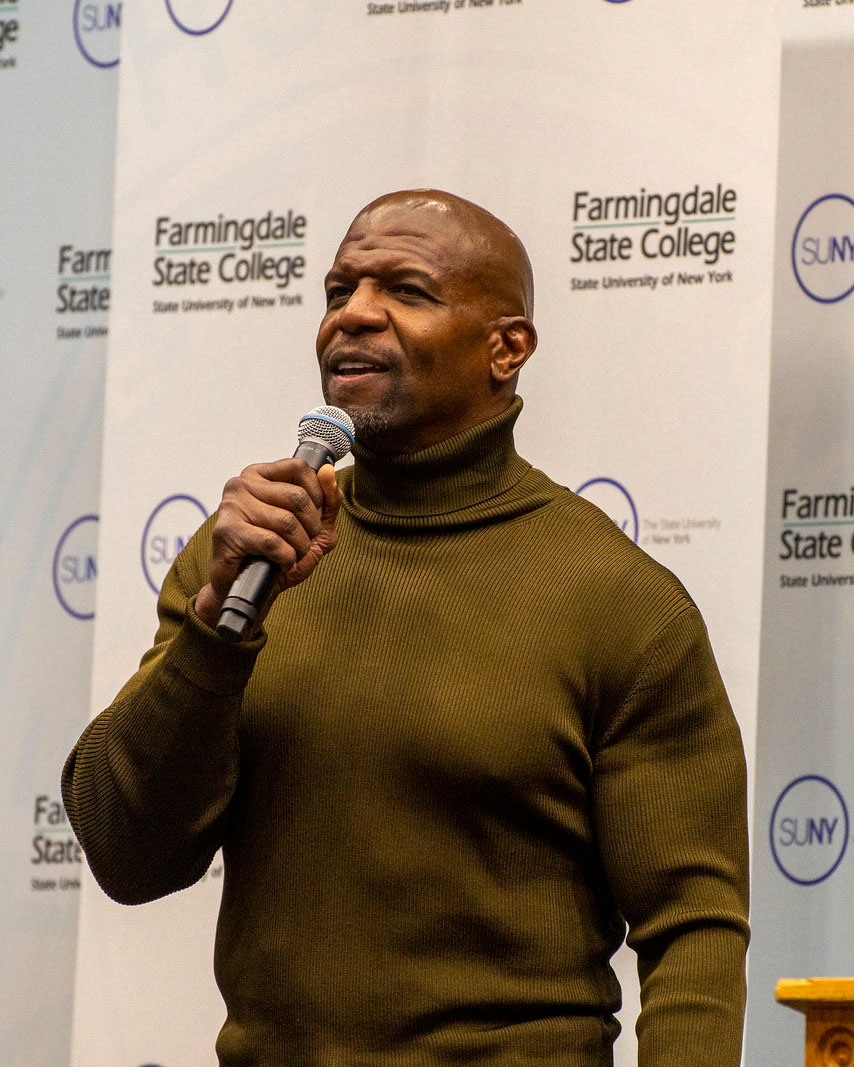