Farmingdale State College experienced a Fall opening day enrollment of 10,070 — the second straight year it topped the 10,000 student threshold—and which brought in its largest freshman class in over 10 years.

Farmingdale has 10,000 undergraduate students (in addition to 70 graduate-degree students), the second highest Long Island undergraduate population of any four-year institution after Stony Brook University. The College's popularity was recognized in a survey by The Chronicle of Higher Education in 2018, which reported that from 2006-16 Farmingdale ranked eighth among public colleges nationally in percentage of enrollment increased during that period, at 48 per cent. Read about the survey here.
The College received 8,227 applications, a 3.2 per cent increase over last fall. Farmingdale's enrollment is in dramatic contrast to downward state and national trends.

Farmingdale President John Nader attributed the College's enrollment success to a variety of factors, including employment outcomes for graduates, low debt for graduates, and the expansion of academic programs. The College has added six new academic programs over the last two years, in fields including Business Analytics, Computer Security Technology, and Geographic Information Systems.

"Our enrollment growth is the result of the remarkable outcomes enjoyed by our graduates," Farmingdale State College President John S. Nader said. "Their success in landing excellent jobs while graduating with little or no debt really shows public higher education at its very best."

As part of its COVID safety plan, Farmingdale is delivering instruction in a variety of methods this fall, including in-person, remote learning, and online classes. The student population on campus will be approximately 30 per cent at any given time, and the residential population has been reduced to about 100 from the typical 600. 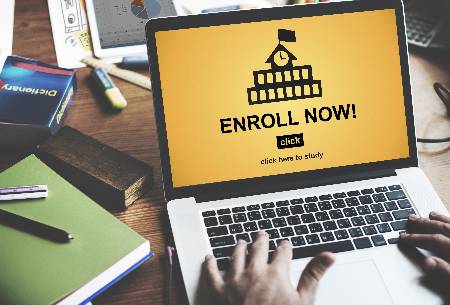