Dr. Veronica Henry has been named to the board of directors of the Farmingdale College Foundation. Dr. Henry recently retired from the College, where she was Chief Diversity Officer and Executive Assistant to the President.

The mission of the Farmingdale College Foundation is to raise and administer gifts, endowments, scholarships, and institutional funds that enhance the student experience and regional reputation of Farmingdale State College.

Dr. Henry is a Farmingdale alumna, where she received an associate degree in Nursing. After graduating, she pursued advanced degrees in nursing, and later returned to Farmingdale as a professor of nursing. She also served as dean of the Long Island Educational Opportunity Center at the College. Her efforts to promote STEM (Science, Technology, Engineering, Mathematics) education for high school students on Long Island brought her accolades from those in education, government, business, and community leaders.

Dr. Henry has received numerous awards for her work, including Educator of the Year from the Long Island Black Educators Association; Suffolk County Woman of Distinction; and citations from the New York State Assembly. She is also active in the community, with the Long Island Chapter of National Coalition for 100 Black Women; Long Island Partners of the Americas; and Eastern Shore Chapter of the Links. She is a member of the Amityville Rotary Club. 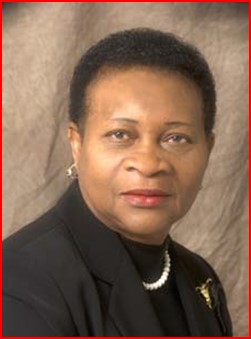