In its exhaustive study of the College's economic impact on the region, the LIA investigated areas such as State's return on money invested in the College; number of jobs created; the impact of Farmingdale's emphasis on "Applied Learning" – education that offers real-world, hands-on experience; and the dramatic growth in enrollment during the nine-year time period covered by the report. (With more than 9,600 students, Farmingdale has the second largest bachelor enrollment among all Long Island colleges.)

"This study demonstrates that Farmingdale State College is a critical asset to the vitality of Long Island," said Farmingdale President Dr. John S. Nader. "With a total economic impact of $2.5 billion, Farmingdale is an engine of opportunity for its students and the region. The investments we make in our students clearly yield great returns. As the report's title indicates, we are addressing the brain drain. Our students thrive here and contribute greatly to Long Island's future."

Among the highlights of the report:

• Farmingdale returned five times in economic output for every dollar New York State invested in the college during this period.

• Farmingdale created more than 19,800 jobs in a broad array of local industries.

• Farmingdale's four schools – Arts and Sciences, Engineering Technology, Health Sciences, and Business –enroll more than 9,600 undergraduate and graduate students. (Farmingdale ranks 12th nationally in percentage of enrollment growth over the past 10 years, according to an analysis conducted by The Chronicle of Higher Education.)

• Farmingdale directly influences the workforce needs of local businesses through its emphases on the applied sciences and technology.

To read the full report, go to https://www.farmingdale.edu/administration/president/2018-lia-economic-impact-report.pdf 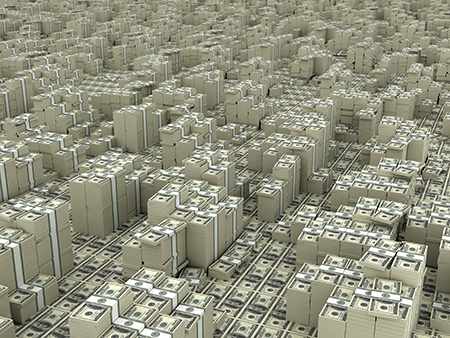