It has housed nothing but memories on the Farmingdale State College campus for years, but now a 100-year-old building with a $12 million makeover will spring back to life on Tuesday, September 5.

That's the day Conklin Hall – the College's original heating plant – returns to full-time use, this time as the new home of student government, student clubs, the campus radio station and more.

"Creating a spacious and attractive new home for our student organizations and clubs is the new chapter for this historic and beloved campus landmark," said FSC President John Nader. "Just like Farmingdale, Conklin Hall has endured and been transformed to meet the changing needs of an increasingly engaged student body."

Conklin was built in 1914 at a cost of $190,000. Over the years, it served many roles and many constituencies. Once another heating plant replaced it in the late 1950s, Conklin – minus its smokestack - became the home of programs in business and art & design. Twenty years earlier it had housed a dairy test laboratory, and in the 1940s the College's Industrial Technical Division (which had been located at 520 Conklin Street in Farmingdale because of a lack of space on the campus; thus the name).

In the 1960s, administrative offices were housed there, and later the Evening College Student Association and the Advanced Manufacturing Technology Incubator. It was even used as temporary sleeping quarters for men in the College's first undergraduate class in 1916.

Today's Conklin Hall houses student government and clubs, student activities staff, and a broadcast studio. The yearbook and student newspaper staffs will be based there. In addition to offices and conference rooms, the two-story, 19,700 square-foot building includes a high-tech media lounge, game room and two outdoor patios. With a nod to the old building, the original bricks were retained, including one that was hand-lettered by the art department in honor of 520 Conklin Street.

The new Conklin was designed by BRB Architects, which did the makeover of the College's Nold Athletic Complex in 2014, and was renovated by Stalco Construction, Inc. 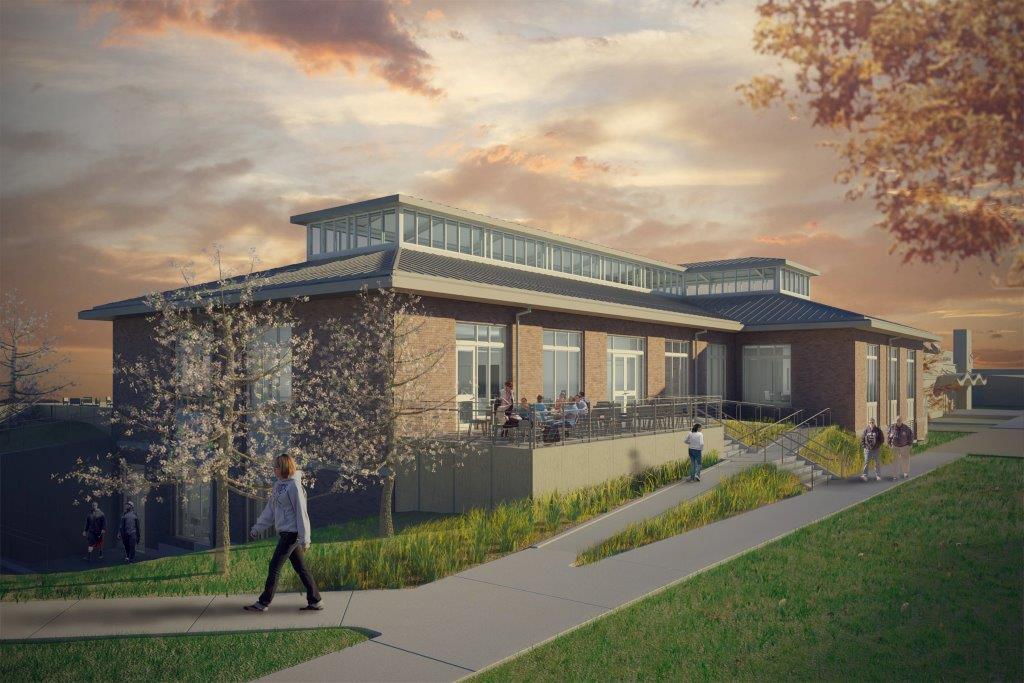