DETAILS:         Nearly 1,400 degrees will be awarded at Farmingdale's Spring Commencement. Almost 1,200 will receive a bachelor's degree, and about 200 will receive the associate degree.

*Sport Management student Brian Muff, a resident of Port Jefferson Station, has been named valedictorian. Brian's leadership in campus and volunteer activities, in addition to a stellar grade point average, earned him this honor.

*Honorary Doctor of Science recipients Stanley M. Bergman, CEO of Henry Schein, Inc., recently recognized as CEO of the Year, will give remarks at the 10 a.m. ceremony. Former NASA astronaut and author Leland D. Melvin will speak at the 3 p.m. ceremony.

*Fifty-eight graduates will be recognized with the Student Award for Academic Excellence for being at the top of their programs, both academically and in community involvement.

*More than 150 graduating students received scholarships in recognition of their outstanding achievements.

*Six students have received the prestigious Chancellor's Award for Student Excellence. Ten faculty and staff have been similarly honored.

A live streaming link will be found on the Farmingdale State College homepage for those unable to attend in person. 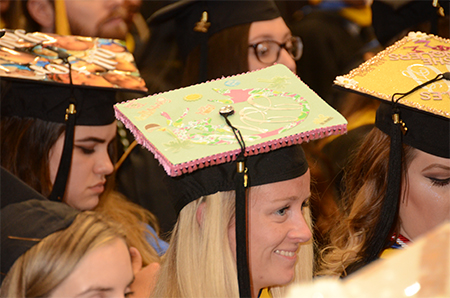