The show – "The Sacred and the Profane" - is free and open to the public weekdays, 9 a.m. – 4 p.m.  The Memorial Gallery is located in Hale Hall. The exhibit is curated by Beth Giacummo, director of Memorial Gallery.

The word "Sacred" is defined by Meriam Webster as "dedicated or set apart for the service or worship of a deity... worthy of religious veneration... of or relating to religion," while "Profane" is simply defined as "relating or devoted to that which is not sacred."  In his 1957 book The Sacred and the Profane, Romanian philosopher and religious historian Mircea Eliade argues that there is an intrinsic property which imbues the sacred.  The manifestation of the sacred or 'hierophanies' give structure and orientation to the world. The sacred can exist in time, space or objects, either naturally occurring or man-made.

In this exhibition the artist displays his recent sculpture in an installation which presents a dichotomy. It is up to the viewer to decide which side represents the sacred and which represents the profane.

In describing his pieces, which he creates at his studio in Patchogue, Cino says: "Searching for a phrase that best describes my work I have settled on 'dynamic systems'. Much like the union of feminine and masculine, yin and yang, I create systems of connections in a variety of media which evolve into something new."

Cino's work has been exhibited at galleries, museums and colleges across Long Island.  He has organized, produced and curated many exhibitions and multidisciplinary arts experiences for the Patchogue Arts Council, playing a major role in the revitalization of Patchogue. Cino has been awarded two Long Island Creative Individual Grants by the NYS Council on the Arts and continues to help the arts flourish on Long Island.

He is also an art educator, over the years having held adjunct positions at six Long Island colleges. 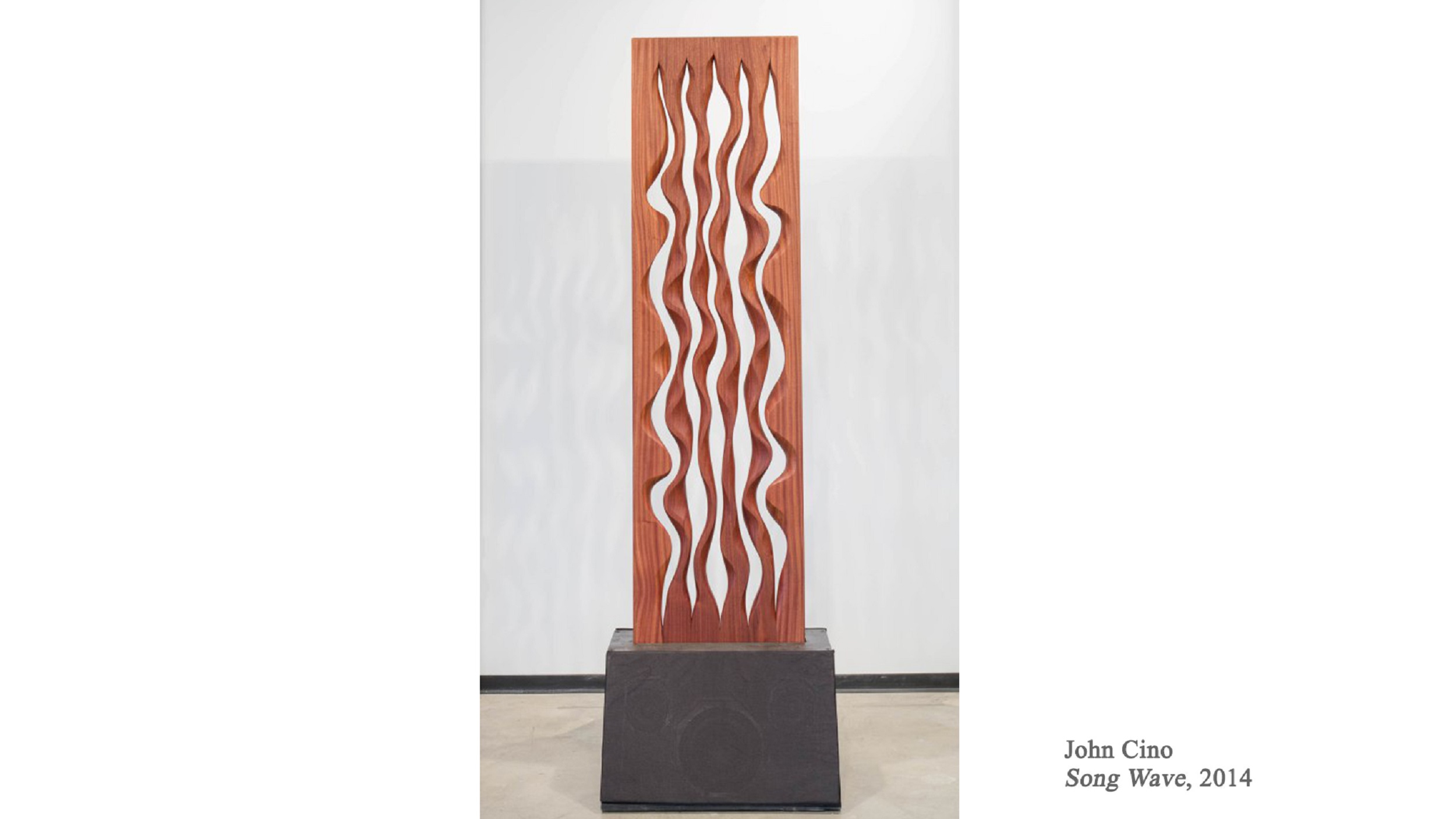