Native Long Islander Kevin O’Callaghan – internationally acclaimed 3-D designer, sculptor and educator – will open the fall season at Farmingdale State College’s Memorial Gallery with MONUMENTAL: The Reimagined World of Kevin O’Callaghan, an exhibition of his iconic work beginning Tuesday, September 15 and running through Sunday, November 8.  O’Callaghan, who grew up in Baldwin, is known for his large-scale sculptures inspired by every nook and cranny of pop culture.  He will discuss his work at the college on Tuesday, October 13.

O’Callaghan is founder and chairman of the 3-D design program at Manhattan’s School of Visual Arts.  This year Graphis, an international publisher of communication design books, is honoring him as a Master of Education.  He owns a Distinguished Teacher Award, and several times has won the Art Directors Club Platinum Teacher Award.  The Art Directors Club enshrined him in its Hall of Fame in 2012.

O’Callaghan became an international sensation for Yugo Next, an O’Callaghan-student collaboration that featured 29 much-maligned Yugo automobiles reconfigured into gigantic functional objects such as toasters, showers, and pianos.   More than two million people toured the exhibition, which was covered by more than 400 U.S. and international publications.  The National Endowment for the Arts named it “One of the greatest examples of public art.”  He is highly regarded as a conceptualist, having created pieces for clients such as MTV, Toyota, Warner Brothers records, Nickelodeon, and the History Channel.  He is active in TV and film, and has worked on more than 150 music videos.

His Art is…Healing poster – a tribute to the heroes of 9/11 – can be found in the Library of Congress.  His book, MONUMENTAL (Abrams Books, 2010), contains hundreds of images of his work. 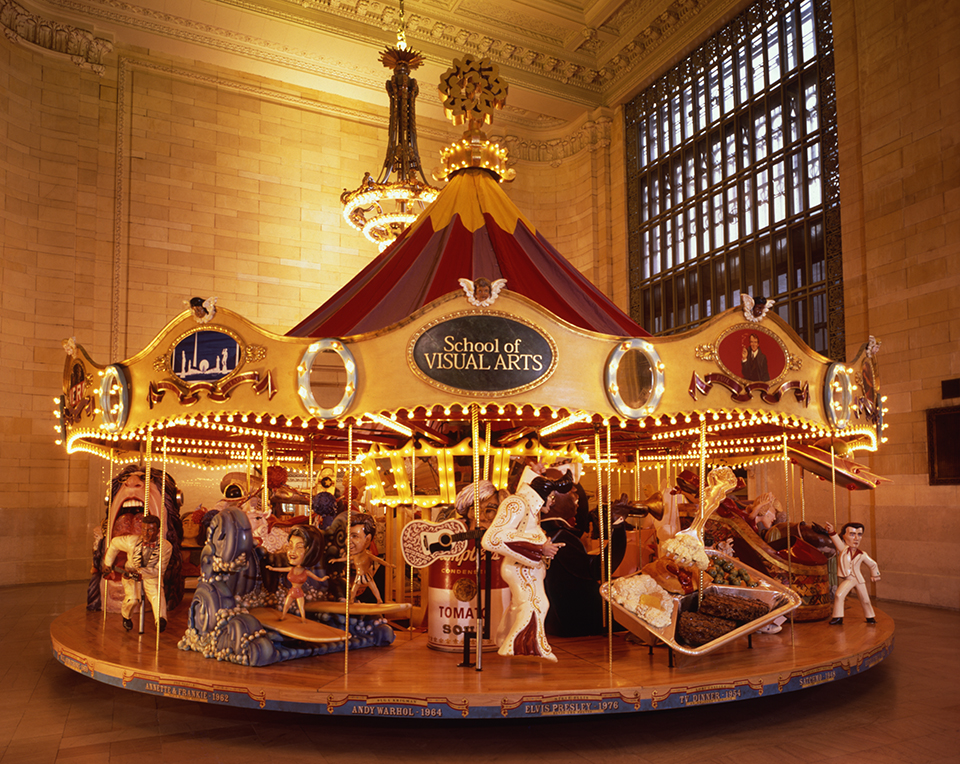