Five students at Farmingdale State College – all from Long Island – have won the coveted “Chancellor’s Award for Student Excellence,” bestowed each year by SUNY.  Fewer than 300 students in the SUNY system, which is comprised of 64 campuses across the state, will receive the award at a ceremony in Albany on April 2.

The “Chancellor’s Award for Student Excellence” recognizes students who have demonstrated and been recognized for the integration of academic excellence with accomplishments in the areas of leadership, campus involvement, athletics, community service, creative and performing arts, or career achievement.  Winning students must have a GPA of at least 3.8. Established in 1997, 59 FSC students have now won the award. 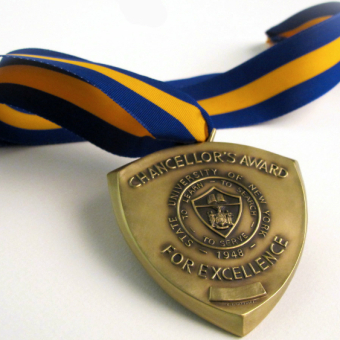