Jed Myers to Read His Poetry at Farmingdale State College

Seattle poet Jed Myers will read from his collected works at Farmingdale State College on Thursday, February 26.  The reading – the kick-off event in the spring Visiting Writers Program – will be held in the Great Room in Ward Hall at 11 a.m.  The public is invited and the event is free.

Meyers, also a practicing psychiatrist, studied creative writing at Tufts University.  He wrote poetry for years, but did not seek to publish his work until after the September 11, 2001 attack on the World Trade Center.  Since that time his work has appeared, or is forthcoming, in publications such as Prairie Schooner, Nimrod International Journal, Barely South Review, Atlanta Review, and Jabberwock Review.  He was a 2013 runner-up for Farmingdale’s Paumanok Award.

The next event in the series features poet/author Vince Gotera on March 12.

Farmingdale’s Visiting Writers Program has featured readings by more than 150 American and international authors.  The program highlights the importance of literature to education and culture.  The annual Paumanok Award is an international award judged by faculty in Farmingdale’s English/Humanities department 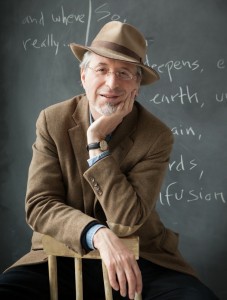