Sports Is The Talk At Farmingdale State College In Oct. & Nov.

Sports broadcasters Ann Liguori and Ed Randall will talk sports at Farmingdale State College in October and November. Randall and Liguori’s talks are being sponsored by the Sport Management Club at Farmingdale.

Liguori, who covers golf and tennis for sports talk radio station WFAN-AM, and the CBS Sports Radio Network, will talk about her career in broadcasting and the sporting events she covers, including The Masters and U.S. Open golf tournaments, the U.S. Tennis Open, the Ryder Cup and the Olympics.  She holds the distinction of being the first woman to host a call-in show on WFAN, a job she held for more than 20 years.

Ann is also an author and has her own syndicated television production company.  She will appear Thursday, October 23 at Gleeson Hall, Room 104, 3:05 – 4:15 p.m.

Ed Randall, host of Ed Randall’s Talking Baseball on WFAN, will speak on Tuesday, November 18, in Room 104 in Gleeson Hall, from 3:05 – 4:15 p.m.  He also talks baseball on Sirius XM’s MLB channel on Saturday mornings.  Randall has been a play-by-play announcer for the Brooklyn Cyclones, the local New York Mets farm team, and the Staten Island Yankees.  He has also worked as the public address announcer at Yankee Stadium.

Ed, after surviving prostate cancer, started a foundation called "Fans for the Cure.”  He promotes the benefits of awareness and education of the disease, at various organizations and minor league ballparks, and on his radio shows. His foundation distributes literature about the need for annual screenings for early detection.   \

The events are free and open to the public. 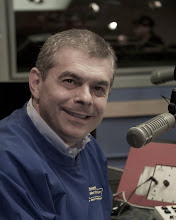