Dr. Patricia Hill Williams, Chair of the Farmingdale State College Council, has been recognized for 30 years of service to Partners of the Americas, an inter-Americas organization dedicated to uniting peoples across borders in areas such as agriculture, sports, higher education, governance, and climate change. The group is honoring Dr. Williams with its Life-Changer Award.

She will receive the award at the organization’s 50th Convention in Florianopolis, Brazil.

“Patricia Hill Williams is someone who has devoted her considerable talents to making the world a better place,” said Farmingdale State College President W. Hubert Keen.   “We are fortunate that she is a member of the campus community.”

Dr. Williams, a long-time resident of North Babylon, has a passion for volunteerism.  She is a former chair of the group’s Inter-American Board, and her development skills and activism for women’s issues and education led to four presidential appointments: the Advisory Council for Women and Girls; the Advisory Council for Historically Black Colleges and Universities, and twice to the Inter-American Foundation.

Dr. Williams served at Farmingdale State College for 25 years, retiring in 2004 as Vice President for External Affairs.  She was appointed to the College Council by Governor George Pataki in 2006, and named Chair of the Council last year by Governor Andrew Cuomo.  The College Council is comprised of community leaders who serve the college in an advisory capacity.

Dr. Williams has been honored as a Woman of Distinction by the New York State Senate, is a member of the SUNYCUAD (SUNY Council for University Advancement) Hall of Fame, and is listed in Who’s Who Among American Women.  She earned a doctorate in Higher Education Administration at California Coast University and is a graduate of SUNY Old Westbury. 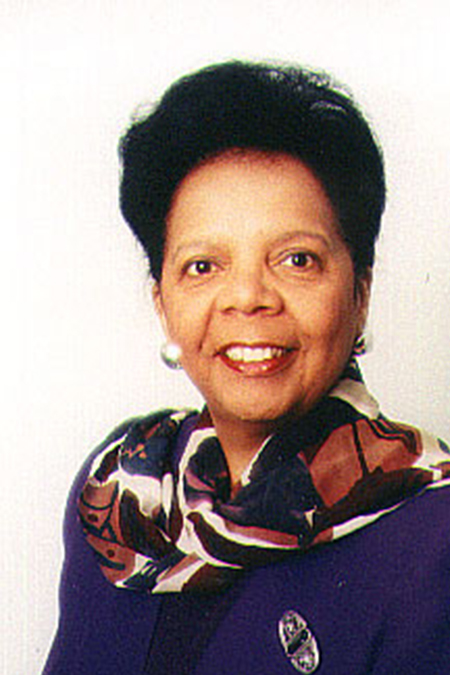