Farmingdale State College graduate Cassidy Kammerer, a resident of Bethpage, has won this year’s New York Press Association’s “Better Newspaper Contest” for coverage of the arts.  Kammerer earned a BS in Professional Communications at Farmingdale in 2013.

The article – “Superstorm Sandy Art: Beauty from Devastation” – appeared in the Long Island Press in October 2013.  Kammerer wrote the piece while she was doing an internship at the paper, as part of her program at Farmingdale.

“If someone had told me that I would receive an award from the New York Press Association, I probably would have died laughing,” Kammerer said.   “This award is more to me than just an acknowledgment of my writing.  It is a reminder of how hard work, focus, and believing in yourself pay off.”

Kammerer gives lots of credit for her success to Farmingdale professor Robbie Woliver, her journalism professor and a former editor of the Long Island Press.

"He loved my work and really believed in me,” she said.  “I’ve always had confidence issues about my writing but he really made me feel like I could do it.”

Farmingdale’s Professional Communications program has a long history of graduating award-winning students.  The 2013-14 academic year saw two Fulbright winners and winners of the Muhammad Ali Global Citizens Scholarship and the prestigious SUNY Chancellor’s Award for Student Excellence.  In addition to the Long Island Press, Farmingdale students have interned at media outlets such as The Wall Street Journal, Newsday and the Daily News; the David Letterman and Charlie Rose shows; News12 and Channel 21; and Long Island radio stations such as WBAB and WALK.  Graduates are currently working at organizations such as the Anton Community newspapers, WBAB, ESPN, Winthrop University Hospital and the FBI. 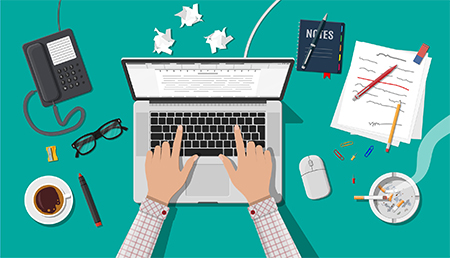