Robert and Ronnie Ruggerio – 61-year-old identical twin brothers from Ridge – are walking the walk together at Farmingdale State College’s 95th annual commencement May 17.  The reason: Robert didn’t attend his ceremony in 1973 because Ronnie was three credits short of graduating.  Now that Ronnie has completed his degree, Robert asked the college if he could walk with Ronnie.  The college agreed to this one-of-a kind moment.

Commencement ceremonies will be held at noon at the campus Track and Field Complex.

Robert and Ronnie were police science majors back in the early ‘70s; the program is now called criminal justice.  When the Suffolk County police weren’t hiring back then, Robert went to work for Pathmark and Ronnie married and became a roofer.  Marriage was why he didn’t return to Farmingdale after falling just three credits short.

Three years ago Ronnie decided that it was time to complete his degree.  Finally, in the fall of 2013, he returned to earn his final three credits.  He needed an “A” to earn his Associate Degree.  He took a social sciences course – and aced it.  Now, he wants to keep taking classes, just for the fun of it.

“Back then, I just wanted to get through,” Ronnie says.  “But when I went back I loved the class so much.  I couldn’t believe how much I enjoyed it.  Now I’m going to keep taking classes.”

As for Robert, he says “Nothing could have prepared me better for my days as a store manager than a degree in police science.  Being a store manager, you had to have a sense for investigation.”

The brothers’ other siblings – four of whom also live in Ridge – will also attend commencement. 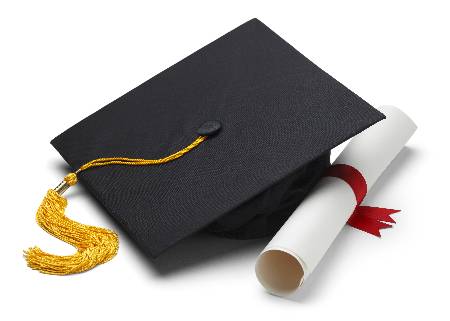