What do you do if you are a Farmingdale student who can’t decide between the course offerings on campus, or the excitement of the nation’s capital?

Fortunately, now you can have both! Starting with the Fall 2013 semester, Farmingdale has begun participating in the Washington Internship Institute, a program which allows students from member colleges to intern for a semester or summer term in Washington, D.C. while also taking 1 or 2 courses.  Typically, the internship counts toward the student’s major.

Students chosen for the program live in housing just outside of DC, across the Potomac River in Alexandria, Virginia, with other students in the program and just a five-minute Metro ride from the heart of D.C. They work 4 days a week in such places as a think tank, business, government agency, science lab, museum, Capitol Hill office or an advocacy group, while meeting weekly with faculty and other interns.

“It’s an extraordinary opportunity,” says Dr. Beverly Kahn, a Professor of Political Science at Farmingdale and Special Project Coordinator who also, until recently, served on the board of the Institute. “This is a chance for our students to get real, hands-on experience in a powerful learning environment.”

Two Farmingdale students have completed the program already. David Davila, a 2013 graduate in Professional Communications who is also a Fulbright scholarship winner, completed a broadcast journalism internship at the Center for American Progress (which was created by President John F. Kennedy).  Eric Ostrander, a 2013 Farmingdale graduate in Science, Technology and Society, worked at the non-profit group “No Labels.” Anthony Sacino, a senior in Business Management who expects to graduate in May, has just begun his Washington semester, working at the IRS.

Ostrander had some advice for future interns:

“Wear the suits! My mother always says, ‘Clothes make the man,” so I always wore suits –not wearing a tie was my version of ‘business casual.’ And it paid off! One day, one of the founders came to the office and wanted some interns to come to a presentation he was giving at the National Press Club. He looked around, and there was everybody in their business casual, and I was in a suit – he took me.”

He added, “You never know who you’ll bump into, so dress the part.”

Ostrander’s second piece of advice is, “Put the effort in.” He warns that, “Even in the best of internships, you’re going to do some repetitive, boring stuff. Offer to do it; be eager! That’s the best approach, because you don’t know who you’ll meet, and connections are everything.”

Ostrander’s third piece of advice? “Keep to the right!” On the escalator, that is, if you want to simply ride up and down to the Metro transit system… because almost everyone else is in a hurry!

Farmingdale students who are interested in applying to the program should contact Dr. Lorraine Greenwald, Dean of International Education and Programs, who coordinates this and all off-campus study programs, orchestrating applications and transfer credits. She can be reached in Laffin Hall, Room 320, or at STUDYABROAD@Farmingdale.edu. “Students engage in active learning,” says Dean Greenwald, “getting involved in politics and policymaking while exploring their passions. This experience provides students with outstanding networking connections for future employment opportunities and offers experience so they grow into excellent global citizens.”

“It was an awesome experience,” Ostrander said, in summing up. “I would totally do it again.” 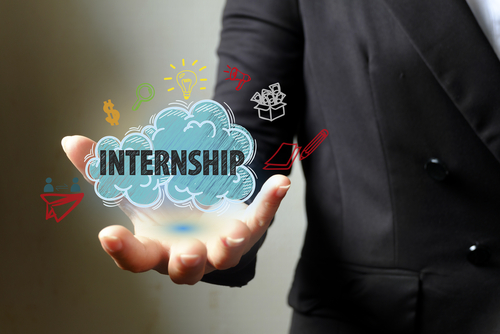