Officer Luis Llano may be best known as the face of University Police on campus. He organized bike-patrols; conducts foot patrols in the residence halls; and developed the Rape Awareness and Defense training. He regularly spends time with parents of incoming students, explaining to them that University Police exists to serve their children.

Said Lt. Michael McCrann, Supervising University Police Officer, who nominated Officer Llano for the award: "It has been Luis's friendly and outgoing personality that has been his biggest contribution to the campus. He knows more students by their first names than the average professor." 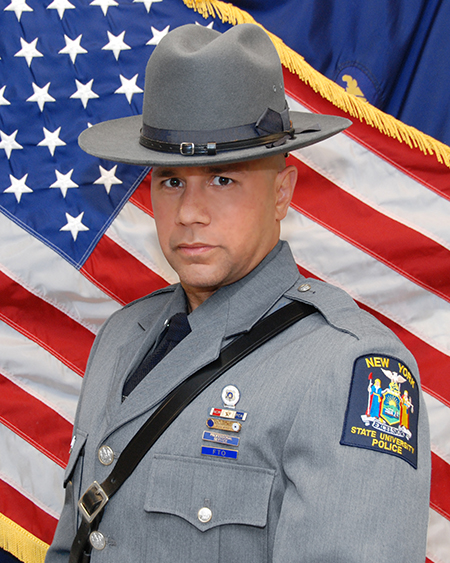