Stanley M. Bergman, Chairman of the Board and Chief Executive Officer of Henry Schein, Inc., and Leland D. Melvin, decorated former astronaut and longtime advocate of STEM (Science, Technology, Engineering and Mathematics) education, will receive Honorary Doctor of Science degrees from the State University of New York at the commencement exercises at Farmingdale State College May 20.

This spring Farmingdale will hold two commencement exercises, one at 10 a.m., at which Mr. Bergman will speak, and 3 p.m., featuring Mr. Melvin. The 10 a.m. ceremony will include graduating students from the School of Business and School of Health Sciences.  At 3 p.m. the School of Arts and Sciences, School of Engineering Technology will award degrees.

"The College is fortunate to have two outstanding recipients of honorary degrees," said Farmingdale State College President John S. Nader. "Mr. Bergman and Mr. Melvin are exemplary leaders in their respective fields. Their work should inspire our students to couple careers and service."

Mr. Bergman serves as a board member or adviser for numerous institutions, including New York University College of Dentistry; the University of Pennsylvania School of Dental Medicine; the Columbia University Medical Center; Hebrew University; Tel Aviv University, and the University of Witwatersrand, his alma mater. He is an honorary member of the American Dental Association and the Alpha Omega Dental Fraternity.

Mr. Bergman has also been a long-time supporter of Farmingdale State College's dental hygiene program. Farmingdale faculty have attended professional development workshops, students have completed internships at Henry Schein, and there are career opportunities for Farmingdale graduates. He has also ensured that the company is the biggest booster of Farmingdale's annual "Give Kids a Smile" day, providing all the supplies necessary for dental hygiene students to perform care on children of all ages.  The Henry Schein Cares Foundation has also awarded, for the past two years, five scholarship opportunities to students enrolled in the hygiene program.

Mr. Melvin began his distinguished career in 1989, when he joined NASA as an aerospace research engineer, and in 1998 he entered the astronaut corps, where he served as a mission specialist in two Atlantis space shuttle missions to the International Space Station.

In 2010 he was named NASA's associate administrator for education, where he traveled the country inspiring interest among students and teachers in science, technology, engineering and mathematics (STEM). In that role, he was the keynote speaker at Farmingdale's first STEM Diversity Summit in 2011.

He retired from NASA in 2014, but continued to inspire those who most need to learn about STEM. He served on the White House National Science and Technology Council's Committee on Science, Technology, Engineering and Mathematics Education, which coordinates STEM activities and programs for all federal agencies, and encourages the teaching of innovation and entrepreneurship as part of STEM education.

He was also the United States representative on the International Space Education Board, a global collaboration in space education between NASA and other space agencies around the world. For his work at NASA, and a lifetime of advocacy on behalf of STEM education, he holds 10 awards from the space agency and four honorary doctorates.

Mr. Melvin's book, Chasing Space: An Astronaut's Story of Grit, Grace, and Second Chances (Amistad), will be published on May 23. 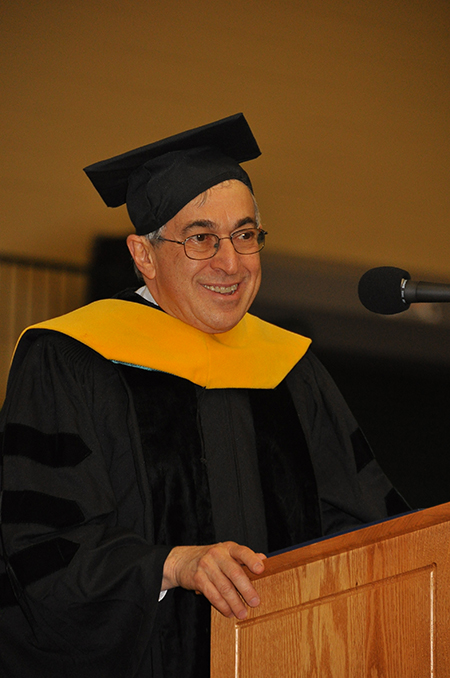