Offered in partnership with Air Force ROTC Detachment 560 based at Manhattan College, Farmingdale joins only 44 other colleges and universities in the United States to offer the minor. The college began its partnership with AFROTC in 2015.

“As a designated veteran-friendly college we are fortunate the United States Air Force has selected our campus,” said Dr. Tom Corti, Vice President for Student Affairs.  “The AFROTC program is academically demanding, and we expect it will attract students from our aviation program as well as other academic disciplines.

“I foresee the program expanding quickly and drawing students from other colleges and universities in both Nassau and Suffolk counties.”

The program offers students an understanding of the concepts of aerospace power and the Air Force mission, organization, and operations. It both prepares cadets for active-duty service and offers the opportunity to study the U.S. military.

Students will gain a broad perspective of the military by studying the history of all Department of Defense services and completing at least leadership and/or business courses emphasizing the key elements of Air Force officership.

The aerospace studies minor includes courses such as Foundations of the U.S. Air Force, The Evolution of U.S. Air Force and Space Power, Air Force Leadership and Management, and National Security Affairs. 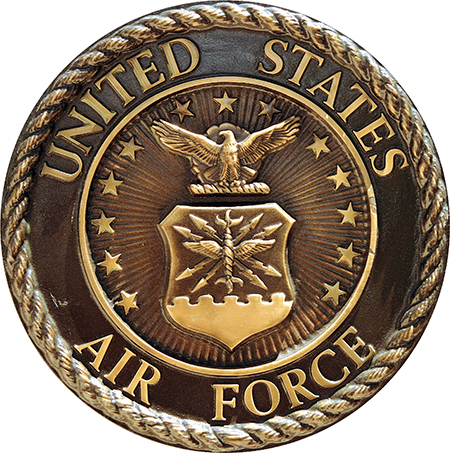